Showing posts with the label death and dying
Show All 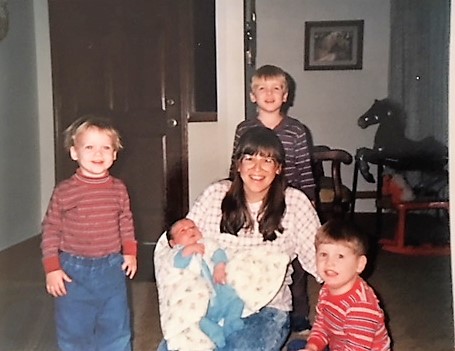 S he was a young mother when she had the dream, just thirty, with four little boys between the ages of one and five.  She would not give birth to her fifth, and last, son for several years. She was normally not a dreamer.  Always an exceptionally deep sleeper (the alarm had not yet been invented that would easily wake her--except, of course, for the middle-of-the-night cries and calls of her children), she rarely dreamed--and even when she did, she even more rarely remembered the details of her dreams, which would grow hazy as soon as she opened her eyes and then quickly evaporate, like a misty fog being chased off by the sun.  "I was having the strangest dream," she might tell her husband.  But when he asked her what it was about, she could almost never clearly recall the particulars. This dream was different. THIS one the heavy-sleeping young mother remembered vividly upon waking--every excruciatingly painful detail of it. If you'd like to read the
Post a comment
Read more

Living With Only a Thin Veil Between Earth and Heaven 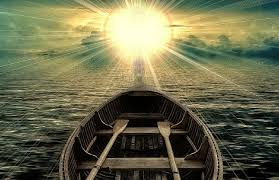 I tend to rush through my daily duties like a solitary soul, disconnected from God and other people. However, I became aware that humans are actually intimately connected not just to God and the living but also to those who have died and are alive in Christ after recent encounters with birth, death, and dying. There is only a thin veil between heaven and earth; I can communicate with all who abide in the Mystical Body of Christ simply because I am a member of the communion of saints. A Near-Death-Experience Exactly three years ago, I finally became cognizant of how thin the line between life and death really is when I nearly lost one of my daughters as she struggled to give birth. During labour, she almost bled out when she lost a litre of blood in mere seconds after an emergency C-section, the result of a series of unforeseen complications, a one-in-ten-thousand chance. continue reading
Post a comment
Read more

Euthanasia: When It’s Cruel to Be Kind 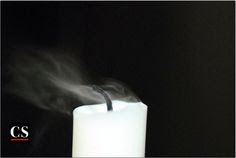 What Do You Know of Death? In the opening scene of the movie  Gran Torino ,  Walt, a hardened soldier stands rigidly, scowling at family and friends during his wife’s funeral mass. Dying from lung disease and tormented by the fact he slaughtered men and boys during the Korean War, Walt accuses his parish priest of knowing nothing of death as he quotes from the funeral homily: ‘Death is bittersweet? Bitter in the pain, sweet in the salvation.’ That’s what you know of life and death? Good, God. It’s pathetic. A similar accusation could be leveled at most Catholics. If Christians want to speak out against euthanasia, we better know a bit more about life and death than pious, memorized phrases. continue reading
2 comments
Read more
More posts