Showing posts with the label Christopher West
Show All

HUGE NEWS: Chris West Will Write the Foreword to Our Marriage Advice Book! 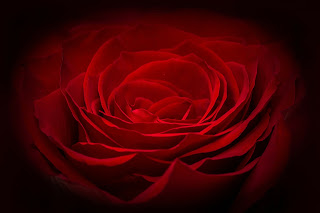 Many of you have patiently followed the saga of our Catholic marriage advice book through the stages of proposal,publishing contract, and editing.  Over the summer, we found out our title:


The Four Keys to Everlasting Love: How Your Catholic Marriage Can Bring You Joy for a Lifetime


And.... we found out that Christopher West had agreed to write the foreword!!!! In every informal poll we conducted on social media, when we asked who would be the BEST person to write a foreword to a Catholic marriage advice book, you overwhelmingly responded, "Chris West."

On Floods And The Freedom To Love

(This was originally posted on the website of one of our country's leading newspapers, the Philippine Star. Feel free to follow my posts there every Tuesday, Philippine time. Or you can also follow my blogs: www.trulyrichmom.com and www.teachermamatina.blogspot.com. Thank you and God bless you all!)
Couples for Christ, our Catholic community, just celebrated its 30th anniversary. CFC’s Main Anniversary Celebration was held at Rizal Park last Sunday, June 26.
It was a very busy week for a lot of us, myself included. I was tasked to be part of the Documentation Team, heading the CFC Writers’ Guild. It was a fun but tiring job, and I missed my two kids a lot during the entire week, as we had to go home late many nights.
Typhoon Falcon came and threatened a lot of our activities, but thank GOD for answering our prayers! People still came to the conferences and were blessed by the messages.
One such conference that we thought would be greatly affected by the heavy rains and flooding brought…
Post a comment
Read more
More posts