Showing posts with the label mystic
Show All 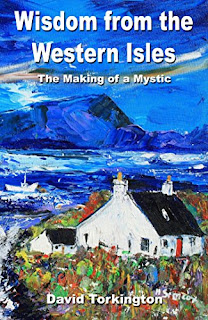 If you want to grow in spirituality, and learn the mystic way, then you will want to get a copy of David Torkington’s  Wisdom from the Western Isles . In this thought provoking book, we meet the main character, Peter Calvay, a mystic in his own right. He acts as a spiritual guide for a young man named James. Torkington does a masterful job at interweaving the stories of the two men’s lives, who are completely different. James is Protestant, searching for meaning in his life. Peter is a middle-aged Catholic, who experienced much spiritual growth and is considered a mystic. Through Peter’s kindness and willingness to share his experiences and knowledge with James, we all get the benefit of Peter’s  Wisdom from the Western Isles . The story is set in Torkington’s native England, thus the reference to the Western Isles. Peter Calvay teaches us how to pray, and why we should pray daily. One of my favorite lines states, “Prayer is a process of continual inner conversion that involv
Post a comment
Read more 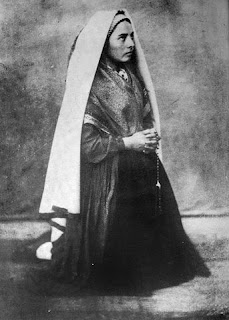 Image : Saint Bernadette Soubirous April 16 is the feast of Saint Bernadette Soubirous, a mystic and visionary at Lourdes, France. Saint Bernadette is the patron saint of: Lourdes, the poor, the sick, and people ridiculed for their piety. Born in Lourdes, France, on January 7, 1844, Bernadette was the first child of Francois and Louise Soubirous, a poor peasant family. A severe asthma sufferer, Bernadette was such a poor student that she was unable to make her First Holy Communion until she was 14. She had many trials to contend with as a child — poverty, health problems, which caused her to be behind in school, many responsibilities as the oldest child of six siblings, moving from one poor place to another, and a father who escaped from his financial problems by drowning them in alcohol.  Continue reading .
Post a comment
Read more 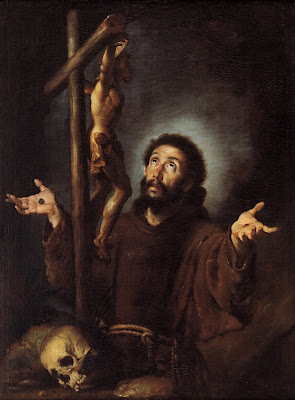 St. Francis Adoring the Crucifix The Catholic Church calls those that have extra-ordinary revelation, "mystics."  I do not like this term, The mystical is shunned and looked down on in our society because some people look on the mystic as someone unbalanced, or if their revelations are believed, then they are looked upon as a person who has attained a friendship with God to which no one else can attain. There is nothing farther from the truth... TO READ MORE CLICK HERE.
Post a comment
Read more
More posts