'And the favour of God was upon him.' Sunday Reflections, Feast of the Holy Family; Mary, Mother of God 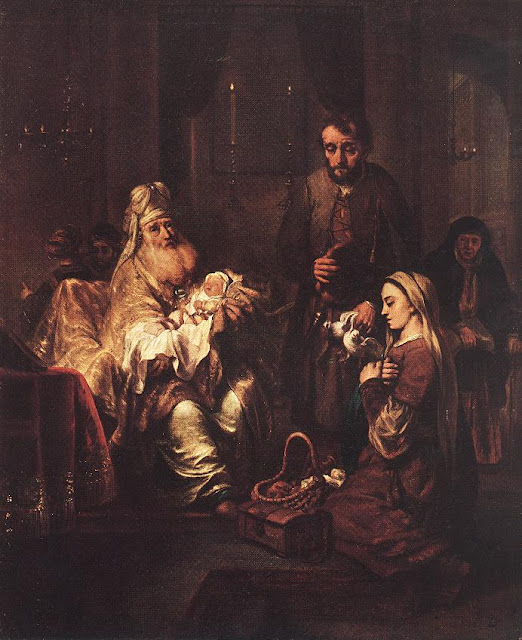 When the time came for their purification according to the law of Moses, they brought him up to Jerusalem to present him to the Lord[ (as it is written in the law of the Lord, ‘Every firstborn male shall be designated as holy to the Lord’), and they offered a sacrifice according to what is stated in the law of the Lord, ‘a pair of turtle-doves or two young pigeons.’
Now there was a man in Jerusalem whose name was Simeon; this man was righteous and devout, looking forward to the consolation of Israel, and the Holy Spirit rested on him. It had been revealed to him by the Holy Spirit that he would not see death before he had seen the Lord’s Messiah. Guided by the Spirit, Simeon came into the te…
Post a Comment
Read more
More posts