Showing posts with the label exoplanet
Show All

Proxima Centauri b, Looking for Life 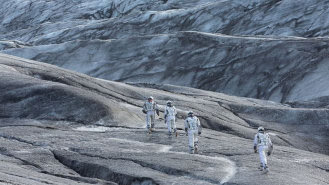 Looking for extraterrestrial life is still a science in search of a subject, but it’s getting increasingly difficult to argue that there couldn’t be critters out there. Today I’ll be talking about the search for life in the universe, a possibly-habitable planet circling the next star over, and a planet that couldn’t possibly be habitable. Make that not habitable by life as we know it. Life using fluorine and carbon as we do hydrogen and carbon, with sulfur as a water-substitute — is a topic for another post.... More at A Catholic Citizen in America .
Post a comment
Read more 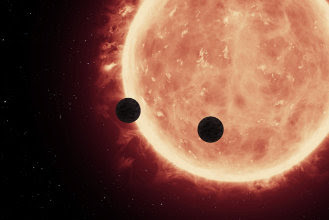 Scientists studied the atmospheres of two exoplanets, planets orbiting another star, earlier this year. Both planets are roughly Earth-sized, with atmospheres a bit like the Solar System's terrestrial planets. Juno arrived at Jupiter last month, and will start its science mission in October. Finally, scientists found more than a thousand new planets; including more than a hundred Earth-sized ones. More at A Catholic Citizen in America .
Post a comment
Read more
More posts