Showing posts with the label Spiritual Warfare
Show All

Fighting demons while you sleep 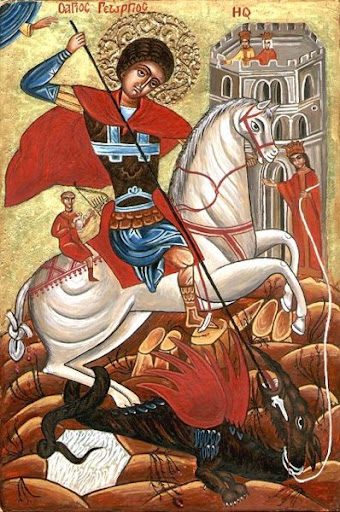 Orthodox Bulgarian icon of St. George fighting the dragon (photo credit: Wikipedia). I used to have spiritual warfare dreams. For what seemed like hours, I would dream that a demon was trying to attack me. To repel him, I had to say, “In the name of Jesus, be gone!” Then he would leave–and be back a few minutes later. Over and over I did battle with demons. I would awake exhausted. Spiritual warfare in daily life   I don’t usually have such dreams any more. But some days I feel like they’ve become my waking reality. Life as a homeschool mom can be trying. I must overcome constant temptations. One moment, three kids ask me for help at once. The next, “J” spills juice on the floor I just mopped. Then two others get in a fight, and one talks back when I discipline him. All during math class. Now none of these situations is major. But when you barely have time to breathe between one and the next, you get exhausted. You discipline in anger instead of love. You ye
Post a comment
Read more
More posts