Showing posts with the label genocide
Show All

'For as yet they did not understand the scripture, that he must rise from the dead.' Sunday Reflections, Easter Sunday 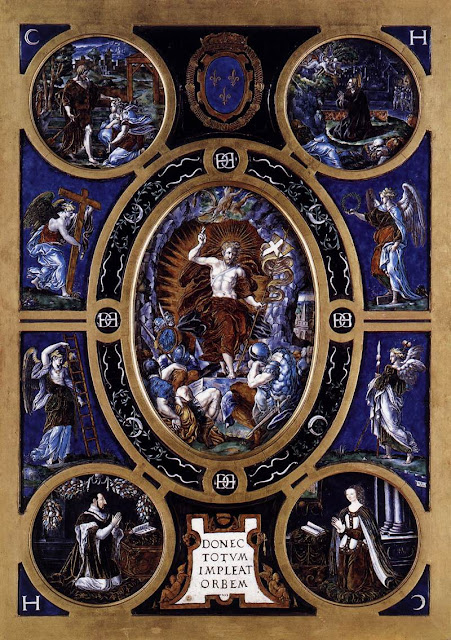 Easter Sunday Resurrection, Léonard Limo Sin The Easter Vigil in the Holy Night Readings (New American Bible: Philippines, USA) Readings (Jerusalem Bible At the Mass during the Day Readings (New American Bible: Philippines, USA) Readings (Jerusalem Bible) Note that the above links also give alternative gospels that may be read on Easter Sunday. Gospel John 20:1-9 ( NRSV, Catholic Ed .) Early on the first day of the week, while it was still dark, Mary Magdalene came to the tomb and saw that the stone had been removed from the tomb. So she ran and went to Simon Peter and the other disciple, the one whom Jesus loved, and said to them, ‘They have taken the Lord out of the tomb, and we do not know where they have laid him.’ Then Peter and the other disciple set out and went towards the tomb. The two were running together, but the other disciple outran Peter and reached the tomb first. He bent down to look in and saw the linen wrappings lying there, but he did not go in.
Post a comment
Read more

Remembering the Armenian Genocide, Looking Ahead 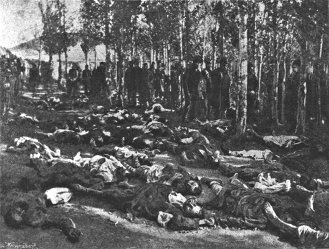 The Armenian genocide 's start is rather arbitrarily set as April 24, 1915. That's when Ottoman authorities rounded up and arrested about 250 Armenian intellectuals and community leaders in Constantinople, and eventually got around to killing them. Armenians had been rounded up and butchered in odd lots before that, though. The Ottoman Empire 's 1915 ethnic cleansing wasn't limited to Armenians . The Ottoman government exterminated Assyrians and Greeks whose crime was living in Ottoman territory and having the 'wrong' ancestry or faith. It wasn't called a genocide at the time. That word first showed up in Raphael Lemkin 's book, "Axis Rule in Occupied Europe: Laws of Occupation - Analysis of Government - Proposals for Redress" (1944). He defined it as "the destruction of a nation or an ethnic group." ( Wikipedia ) More at A Catholic Citizen in America .
Post a comment
Read more
More posts