Showing posts with the label Peru No comments:
Show All

Columban parish in Peru cut off by devastating floods 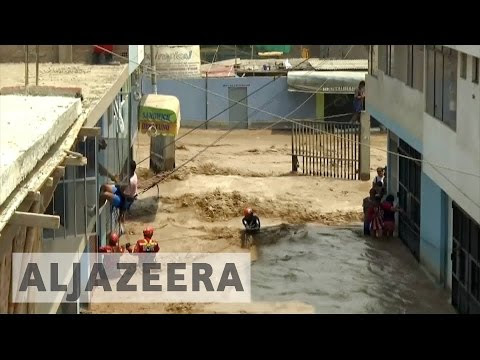 March 24, 2017 Media Release – Flooding in Peru. In wake of the unprecedented flooding in Peru, Columban Fr Kevin McDonagh in his parish in Samanco near Chimbote [420 kms north of Lima], has been cut off from the outside world. He is managing ok, but the situation is getting precarious for the people. The worst is not quite yet over as rain is still expected over the next few weeks, with some of it moving south. The challenges ahead are enormous in terms of reconstruction, etc. There is little bottled water available, but fortunately there is water flowing again in Lima though with low pressure. It is worrying to think of so many people without clean water especially in the provincial areas. So far there are 75 known deaths and over 100,000 people who are homeless. That figure will be multiplied when help reaches all the areas that have been incommunicado since the flooding began. It is mind boggling. We had bad flooding in 1982, and we all thought it was terrible. But that was
Post a comment
Read more
More posts