Showing posts with the label St. Bernard of Clairvaux
Show All

St. Bernard of Clairvaux: A model of peace for these troubled times 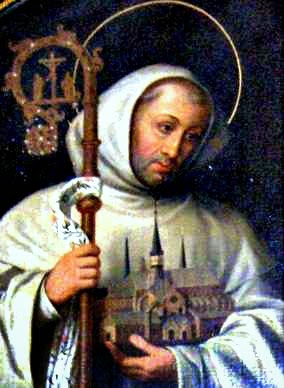 “Blessed are the peacemakers, for they will be called children of God.” – Matthew 5:9 How do we deal with the violence, war, and conflicts that we face in our world today?  How can we serve as true peacemakers in our 21st century culture? St. Bernard of Clairvaux , a Cistercian abbot, a contemplative, theologian, and mystic of the twelfth century is an excellent example for us to follow. Due to the numerous schisms which had arisen in the Church during his age, he traveled extensively throughout Europe, restoring peace and unity. Not only did he deal with divisions in the Church, but he also mediated in secular disputes and was sought out as an adviser and an arbitrator by the ruling powers of his era. What was his secret for restoring peace and unity to a troubled world? He was merely a modest monk with no worldly power or possessions. What made him so influential and valuable to others was the fact that he was a man of heroic virtue. Which virtues made him effective as a peac
Post a comment
Read more
More posts