Showing posts with the label Prophecy
Show All

How to behave in these end times 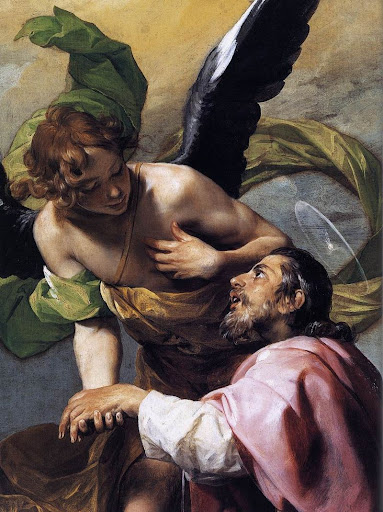 St. John the Evangelist’s Vision of Heaven by Alonso Cano (Wikimedia Commons). No matter what times we live in, our basic duty as Christians remains the same. Another friend on Facebook this weekend was bemoaning all the struggles in the world right now. I say another, because this happens often. Something is wrong with the world and many of us sense it. The other night I watched an interview with the journalist who introduced Edward Snowdon to the world. When she spoke of how the government was watching her every move, trying to force her to reveal her sources, I was eerily reminded of the fight for religious liberty. Priests are being subpoenaed to break the seal of Confession. Pastors in Houston have had their sermons subpoenaed. The Bill of Rights is crumbling. Isis is beheading Christians in the Middle East. The last week saw terrorist attacks in the US and Canada. There’s an Ebola epidemic, great moral decay, and the scandal over the relatio from the Synod on
Post a comment
Read more
More posts