Showing posts with the label shepherds
Show All

'I will raise up shepherds . . .' Sunday Reflections, 16th Sunday in Ordinary Time, Year B 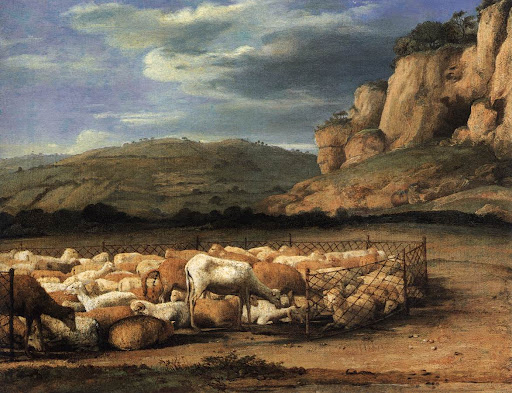 Flock of Sheep in the Campagna , Claude Lorrain Akademie der bildenden Künste, Vienna [ Web Gallery of Art ] Gospel   Mark 6:30-34  ( NRV,Version, Catholic Edition , Canada)    The apostles gathered around Jesus, and told him all that they had done and taught.   He said to them, “Come away to a deserted place all by yourselves and rest a while.” For many were coming and going, and they had no leisure even to eat.   And they went away in the boat to a deserted place by themselves.   Now many saw them going and recognized them, and they hurried there on foot from all the towns and arrived ahead of them.   As he went ashore, he saw a great crowd; and he had compassion for them, because they were like sheep without a shepherd; and he began to teach them many things.   Fr Ragheed Aziz Ganni  (20 January 1972 - 3 June 2007) I will raise up shepherds over them who will shepherd them, and they shall not fear any longer, or be dismayed, nor shall any be missing, says the
Post a comment
Read more
More posts