Showing posts with the label Fr Warren Kinne
Show All

'This is my Son, my Chosen.' Sunday Reflections, 2nd Sunday of Lent, Year C 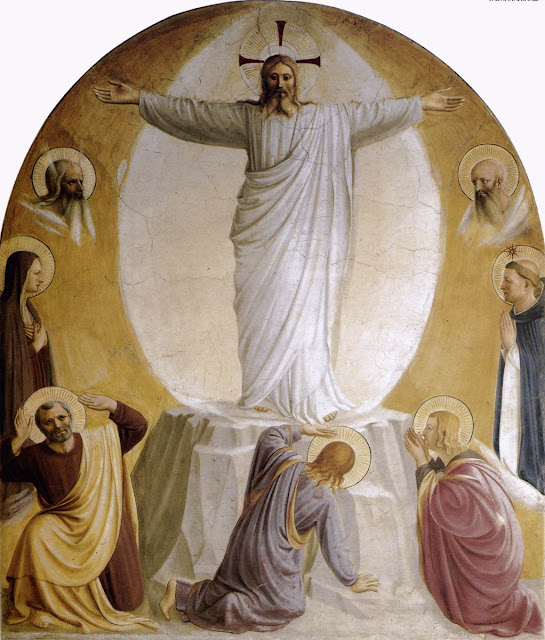 Transfiguration , Blessed Fra Angelico  [ Web Gallery of Art ] Readings   (New American Bible: Philippines, USA) Readings   (Jerusalem Bible: Australia, England & Wales, India [optional], Ireland, New Zealand, Pakistan, Scotland, South Africa) Gospel   Luke 9:28b-36 ( New Revised Standard Version, Anglicised Catholic Edition)      Jesus took with him Peter and John and James, and went up on the mountain to pray.   And while he was praying, the appearance of his face changed, and his clothes became dazzling white. Suddenly they saw two men, Moses and Elijah, talking to him. They appeared in glory and were speaking of his departure, which he was about to accomplish at Jerusalem. Now Peter and his companions were weighed down with sleep; but since they had stayed awake, they saw his glory and the two men who stood with him.    Just as they were leaving him, Peter said to Jesus, ‘Master, it is good for us to be here; let us make three dwellings, one for you, one
Post a comment
Read more
More posts