Showing posts with the label Holy See
Show All

Climate Change, Science, and the Vatican 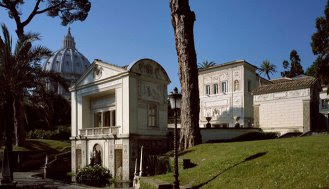 The 'Vatican science academy' is in the news again: this time because they've said we should use our brains. The topic was climate change, which tends to stir up sound and fury more than rational discourse. Meanwhile, one scientist implied a link between our "carbon dioxide crisis" and a lot of dead critters, some 201,000,000 years back. More to the point, I think, the team he was on has added a few more pieces to the puzzle of what caused the Triassic-Jurassic extinction event. More at A Catholic Citizen in America .
Post a comment
Read more

(From John Hart Studios, used w/o permission.) This post is not about global warming, the coming ice age, or manure burying London. Don't laugh: in 1894 the Times of London ran a warning that London would be under nine feet of manure by 1944. ( July 9, 2011 ) Wikipedia has a list of fizzled apocalypses, from 634 BC to 2013 AD; and that's another topic. Topics. ( February 25, 2014 ; November 29, 2013 ) Synod 14, an extraordinary assembly of the Synod of Bishops, is in progress. It's running from the 5th to the 19th of this month. In this post, I'll be looking at what I expect from the Synod; what I don't expect; and why I'm not upset that the Synod probably won't address the annual collision of Mother's Day and fishing season in Minnesota. More at A Catholic Citizen in America .
Post a comment
Read more
More posts