Showing posts with the label Christ is our Saviour
Show All

Why Most of Us Are Scapegoats, Not Saintly Martyrs 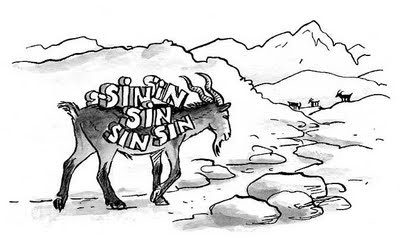 Every society, every culture has a tradition of a  scapegoat:  a person or group of people to blame and punish for the sins of that particular society. Centuries ago, old women were blamed for poor crops, cows which failed to produce milk and any birth defects. Less superstitious societies turned on each new group of immigrants to blame for their economic woes and rising crime rates. And, at the beginning of the spiritual life when we are confronted with our own sinfulness and those around us, we also tend to act just like scapegoats. Even if we live a devout, disciplined, ascetic lifestyle with a daily round of Mass, rosaries, Eucharistic Adoration and frequent confession, most of us still fall into this scapegoat trap as we try to become devoted disciples of Jesus. Suffering For Our Own Sins When we suffer in isolation for our own failings or act like a scapegoat who suffers as the result of others who sin against us, we like to think of ourselves as saintly martyrs, but
Post a comment
Read more
More posts