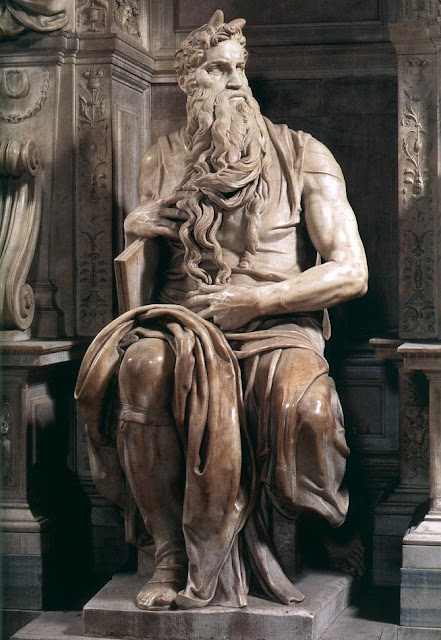 Moses , Michelangelo  [ Web Gallery of Art ] (First Reading,  Exodus 17:8-13 ) Readings   (New American Bible: Philippines, USA) Readings   (Jerusalem Bible: Australia, England & Wales, India [optional], Ireland, New Zealand, Pakistan, Scotland, South Africa) Gospel   Luke 18:1-8 ( New Revised Standard Version, Anglicised Catholic Edition, Canada)     Then Jesus told them a parable about their need to pray always and not to lose heart.  He said, ‘In a certain city there was a judge who neither feared God nor had respect for people.  In that city there was a widow who kept coming to him and saying, “Grant me justice against my opponent.”  For a while he refused; but later he said to himself, “Though I have no fear of God and no respect for anyone,  yet because this widow keeps bothering me, I will grant her justice, so that she may not wear me out by continually coming.”’   And the Lord said, ‘Listen to what the unjust judge says.  And will not God grant justic
Post a comment
Read more
More posts