Showing posts with the label Latin Vulgate
Show All 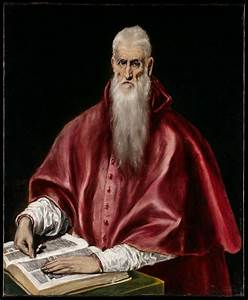 Today is the feast day for Saint Jerome, a Doctor of the Church. We hold him in high esteem for translating the books of the Bible into the common language of the day. He painstakingly translated the books from Hebrew and Greek into Latin. The full translation of all the books of the Bible took 13 years to complete! Yet, this was a task for which Jerome was aptly suited, because he was a biblical scholar, fluent in Greek, Hebrew and Latin. His biblical prowess served him well in aiding the translations of what we now call the  Latin Vulgate . By translating the bible passages into Latin, the Bible became more readily available to the general population. Therefore, it is because of Saint Jerome’s efforts, that society in the fourth century onward became more knowledgeable of God, the Father, His Son, Jesus Christ, and His Holy Spirit. Saint Jerome, the Man Jerome was born in the mid-fourth century, to a wealthy family from the town of Stridon, a Roman province of Dalmatia. He gr
Post a comment
Read more
More posts