Showing posts with the label Capuchins
Show All

Lift the City - a Catholic Eucharistic flashmob in Preston, England 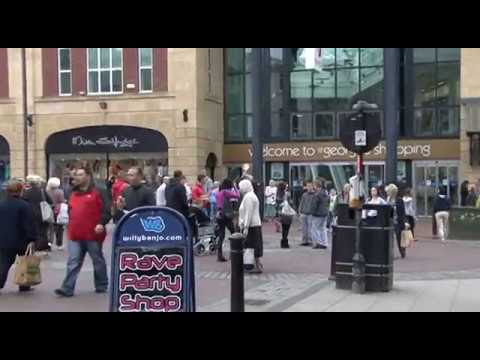 I found this video on CathNew s, Australia.﻿ I've been to Preston, which means 'Priest town', a number of times while based in Britain from 2000 to 2002, doing mission appeals. Most of the town is in the Archdiocese of Liverpool but part of it is in the Diocese of Lancaster. I made a friend in another part of the Diocese of Lancaster who was seriously contemplating suicide. But one Good Friday the local Catholic parish held a Way of the Cross. She happened to see it and it led her away from her depression and eventually into the Catholic Church. What the Capuchin Friars in Preston did on Ascension Thursday this year is a variation on the traditional Corpus Christi processions that used to be so common in many parts of the world. The processions were expressions of faith by the community. This was partly so but also a form of evangelisation, raising questions in people's minds. The Friars run a chaplaincy at the University of Central Lancashire. At the chaplaincy ﻿
2 comments
Read more
More posts