Showing posts with the label : Ordinary Time
Show All 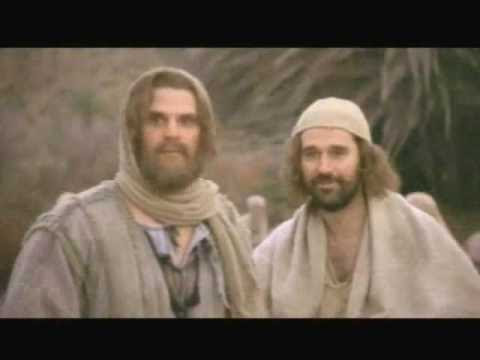 From  The Gospel of John , directed by Philip Saville Readings   (New American Bible: Philippines, USA) Readings   (Jerusalem Bible: Australia, England & Wales, India [optional], Ireland, New Zealand, Pakistan, Scotland, South Africa)  Gospel   John 1:35-42  ( New Revised Standard Version, Catholic Edition , Canada)   The next day John again was standing with two of his disciples,     and as he watched Jesus walk by, he exclaimed, “Look, here is the Lamb of God!”   The two disciples heard him say this, and they followed Jesus.     When Jesus turned and saw them following, he said to them, “What are you looking for?” They said to him, “Rabbi” (which translated means Teacher), “where are you staying?”   He said to them, “Come and see.” They came and saw where he was staying, and they remained with him that day. It was about four o’clock in the afternoon.     One of the two who heard John speak and followed him was Andrew, Simon Peter’s brother.   He first found his
Post a comment
Read more
More posts