Showing posts with the label Prophetic Vocation
Show All

In the spirit of Elijah 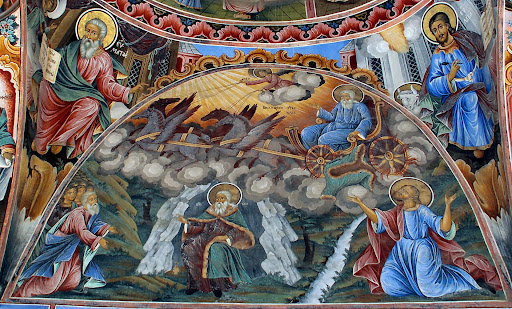 In the past week we’ve celebrated two major Carmelite feasts: Our Lady of Mt. Carmel (July 16) and the prophet Elijah (July 20). These two great saints in different ways exemplify what Carmelite spirituality is about.
Elijah demonstrates the prophetic aspect of Carmelite spirituality. The Carmelite seal bears these words of his as a motto:
With zeal have I been zealous for the Lord God of Hosts (1 Kings 19:10).
Consumed with zeal for holiness Elijah was not afraid to confront the rulers of his day. He risked death to preach repentance to King Ahab, while Queen Jezebel launched an anti-crusade to wipe out God’s prophets. He challenged the prophets of Baal to a contest on Mt. Carmel to see whose god would consume a sacrifice with fire from Heaven. After winning that contest (surprise!), Elijah had all the false prophets killed. He led the people to re-commit themselves to the true God.
Then he went and prayed that, seeing their repentance, God would send rain. Elijah’s prayer…
Post a Comment
Read more
More posts