Showing posts with the label ezekiel
Show All

The Creativeness of Death 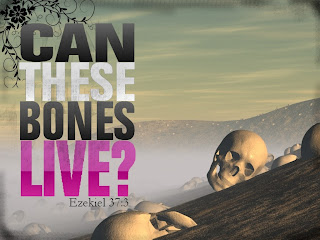 I rarely dream, but last night I dreamt that I was worried that a room in a house might be on fire. The room belonged to someone I worried about a lot, who had been perplexing me. I was worried he would burn the whole house down. Instead, someone showed me what was really going on inside. There was a large cylinder filled with liquid. Sparks were coming out of it, like electricity, which had only looked like fire. Inside, there was an animated skeleton at a workbench building other skeletons out of bones. Usually in dreams, it helps to look at a "first feeling" and a "first association" in order to find out how the dream may speak to us. My first feeling was awe and happy surprise in the cleverness and originality. Also, relief that the "fire" was contained and no danger. My first association was of the "culture of death." Seems such a paradox- creative activity as the dead create more dead. Yet, this is what goes on in the ma
Post a comment
Read more
More posts