Showing posts with the label Berliiner Luft
Show All

Some music for the pandemic 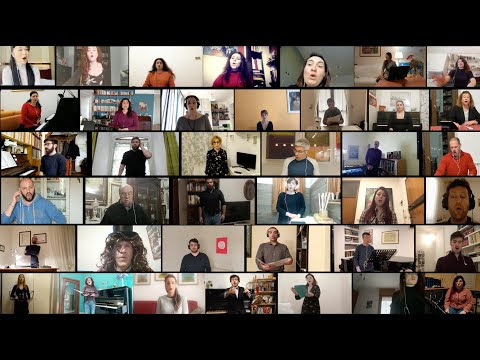 Va, pensiero  from  Nabucco  by  Giuseppe Verdi This recording of  Va, pensiero , also known as  The Chorus of the Hebrew Slaves , from Verdi's opera  Nabucco  was made as a tribute to Italy's medical workers and others fighting Covid-19 in that country. The  Wikipedia article on the aria , which includes the Italian lyrics with an English translation, notes  Verdi composed  Nabucco  at a difficult moment in his life. His wife and small children had all just died of various illnesses. Despite a purported vow to abstain from opera-writing, he had contracted with  La Scala  to write another opera and the director, Bartolomeo Merelli, forced the  libretto  into his hands . There is a touching image at 4:40 of a medic cradling Italy as a new-born child. I first became familiar with this beautiful chorus back in the 1950s when it was regularly played on  Hospitals Requests  on Wednesdays at lunch time on Radio  Éireann, Ireland's state-owned national radio
Post a comment
Read more
More posts