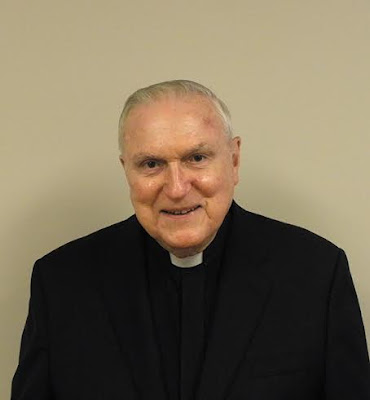 Father Charlie was born on 15 September 1934 in Cedar Rapids, Iowa, USA, where his parents Charles Henry Duster ['DOOster'] and Cleo Catherine Handley Duster owned and operated a supermarket. He has an older brother William C. Duster (Audrey) of Littleton, Colorado, a sister Mrs Robert Enns (Katie) of Fort Pierce, Florida, and eleven nieces and nephews and their families. His older sister, Margaret Jeanne Duster, died in 1972. 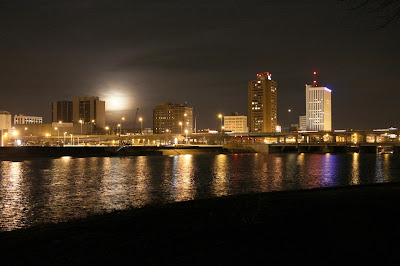 Father Charlie attended Immaculate Conception Grade and High School in Cedar Rapids, Iowa, (1952). After high school he attended Regis University, Denver, Colorado (1952-53) and Marquette University, Milwaukee, Wisconsin (1953-1954).
After briefly considering medical school he instead decided to enter the seminary to become a Columban missionary priest in 1955. He studied at St Columban’s Seminary, Milton, Massachusetts. As an exchange student, he studied theology at St Columban’s, Dalgan Park, Navan, Ireland (1958 – ’61). He did his fourth year of theology at St Columban's, Milton, where he was ordained a priest of the Missionary Society of St Columban on 21 December 1961. He celebrated his first Solemn High Mass at Immaculate Conception Church in Cedar Rapids on 31 December. 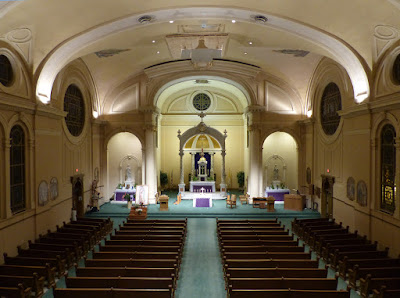 Immaculate Conception Church, Cedar Rapids [Parish website]
In 1962 Father Charlie was assigned to Japan where he spent the next six years. The first two of these were spent studying Japanese language in Tokyo, the third one as Acting Regional Bursar, and the last three years as Associate Pastor at Shingu Catholic Church, Wakayama Prefecture, in the Diocese of Osaka. 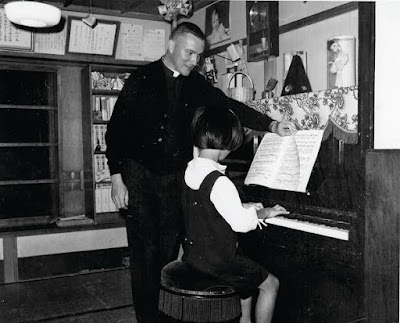 In Japan
In July 1967 Father Charlie visited the Philippines, accompanied by a Columban confrere. After spending some days with Columban colleagues on the island of Negros, they narrowly missed their flight from Bacolod City to Cebu because the plane departed a few minutes ahead of schedule, due to severe weather conditions. The next morning they learned that the plane, a Fokker F27 Friendship, had crashed into a mountain and all 17 passengers and four crew members perished. Father Charlie wrote about this in A Close Shave in the May-June 2016 issue of MISYONonline.com.

From 1969 – 1972, Father Charlie was the Columban Vocation Director for the Midwest Region of the USA based in Omaha. Afterwards, he continued a similar ministry while residing at the Columban house in Chicago. He then served a year in the Archdiocese of St Paul and Minneapolis as chaplain at Hennepin County General Hospital in Minneapolis accompanied by studies in Clinical Pastoral Education. 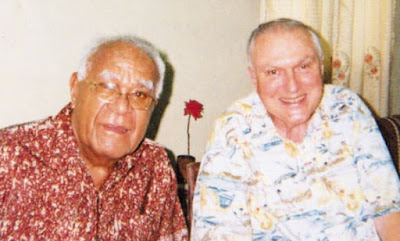