Is Christ your King or Genie? 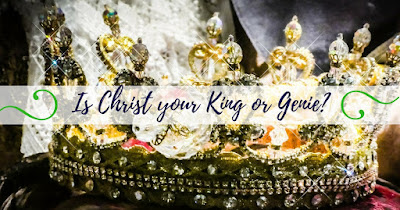 Yesterday’s celebration of Christ the King is such a perfect way to end out the liturgical year. It’s one of the better changes made in the new missal; I think it seems out of place in the Old Rite, stuck in October. So here we are, at the end of the year, and we get to meditate on the Kingship of Christ.
The homily I heard mentioned that God isn’t a genie that we can call up when we need Him, He is a King that we owe our allegiance to. Father also mentioned that we Americans tend to take issue with the idea of being subject to anyone and specifically to a King, but that there is no better monarch to swear our fealty to. 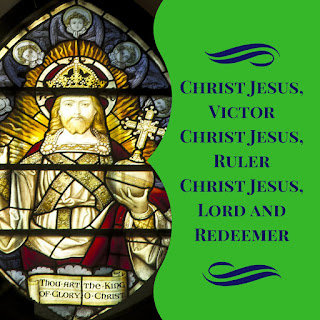 Pretty basic thoughts, but I want to go a little more in depth on them.
A genie is a fairly simple creature. Rub the lamp, get your wish, genie goes back in the bottle. Notwithstanding an evil sorcerer and a deranged parrot, you could carry the lamp around with you and call up phenomenal cosmic power every time you get in a pinch. That’s all there is to it.
A King is so much more than a dispenser of favors. A king is a judge, legislator, and military leader. A benevolent king also does dispense favors and treats his subjects with mercy. Lucky for us sinners, our God is a just yet merciful king.