Scars of Love: Jesus's Wounds and Ours 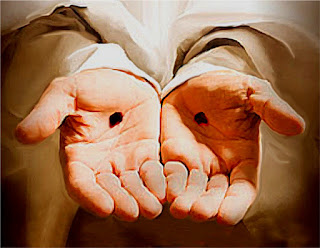 My father was not one to demonstrate affection to us kids either physically or verbally. However, while he was in the hospital dying, one day he held up his hands and said to my mom and me, “I showed my love by these hands.” Dad always worked night shift in a factory and came home at three in the morning. His hands were calloused. Sometimes a fingernail was black, damaged in the shop.
I thought of my father’s hands when I read the account of the risen Lord coming to his apostles for the first time. They already heard he was alive from the women and from the two disciples who met him on the way to Emmaus. But they don't believe he rose from the dead. When Jesus comes though the locked doors, they are terrified and think he is a ghost. Jesus proves that it is really he by showing his hands and feet that are still marked with the wounds of his love. You would think that a new, glorified body would be perfect—but, no, the body of Jesus bore scars. He may be marked like that for all eternity so that we too will see his scars. Click to continue 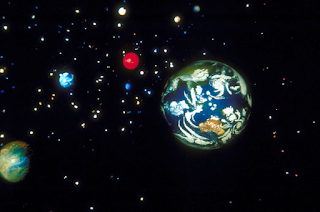