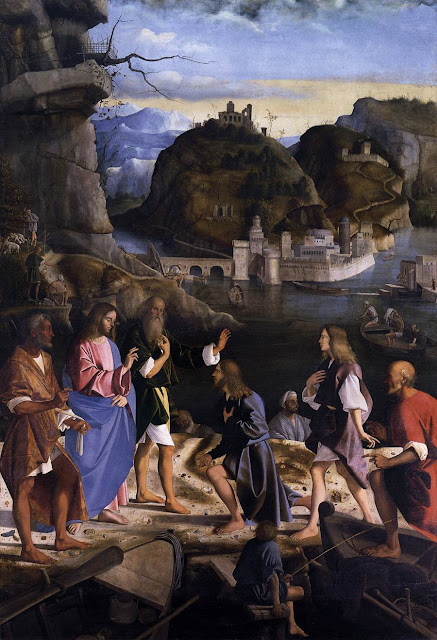 Call of the Sons of Zebedee, Marco Basaiti [Web Gallery of Art]

The Sons of Zebedee were James and John, mentioned in today's gospel.

When the days drew near for him to be taken up, Jesus set his face to go to Jerusalem. And he sent messengers ahead of him. On their way they entered a village of the Samaritans to make ready for him; but they did not receive him, because his face was set towards Jerusalem. When his disciples James and John saw it, they said, ‘Lord, do you want us to command fire to come down from heaven and consume them?’ But he turned and rebuked them. Then they went on to another village. 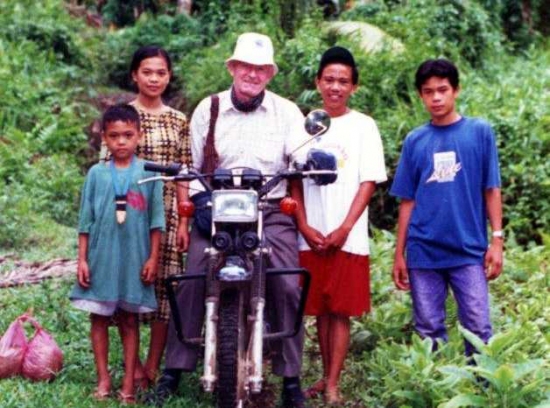 Jesus speaks clearly to us in Sunday's gospel about the cost of following him. Christians are still prepared to give up their very lives to follow Jesus. One example is Fr Rufus Halley, killed on 28 August 2001 in the Philippines. He was a very close friend of mine and a Columban confrere. Father Rufus was from County Waterford in Ireland. He entered the Columbans one year after me, in 1962, and was from a relatively wealthy family. But he lived very simply and chose to spend the last 20 years of his life in a predominantly Muslim area in Mindanao, an area where for centuries there has been distrust, and sometimes open hostility, between Christians and Muslims.

He was ambushed and shot dead while riding back to his parish in Malabang from the neighbouring parish of Balabagan. He had been at a meeting of Christian and Muslim leaders. Though the killers happened to be Muslims, both Christians and Muslims mourned him.

Gaudencio Cardinal Rosales, then Archbishop of Manila, now retired, wrote an article aabout Father Rufus, who was known to many as ‘Father Popong’, published in Misyon in July-August 2006. 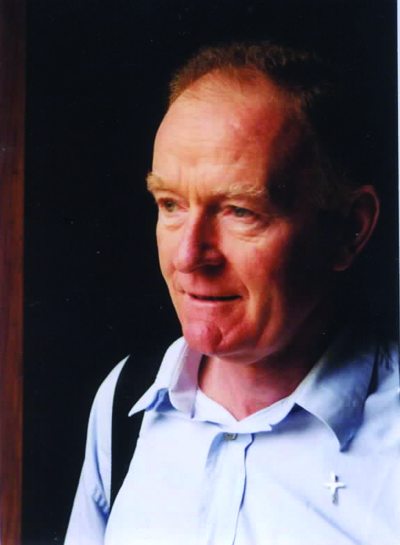 In the last two paragraphs of his article Cardinal Rosales writes:

I knew of the intensity with which Father Rufus lived his own Christian faith, how he began each day with an hour of adoration before the Blessed Sacrament, the centrality of the Mass in his life. A big influence on him was the life of Blessed Charles de Foucauld, 1858-1916, beatified on 13 November 2005. This Frenchman was also from a privileged background. Unlike Pareng Rufus, he lost his Catholic faith and became a notorious playboy before re-discovering it, partly through the example of Muslims living in North Africa. He spent many years as a priest living among the poorest Muslims in a remote corner of the Sahara, pioneering Christian-Muslim dialogue by discovering himself as the Little Brother of Jesus in the Blessed Sacrament and as the Little Brother of the Muslims who came knocking at his hermitage door. 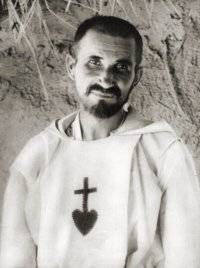 On 1 December 1916 Charles de Foucauld died at the hands of a young gunman outside his hermitage and on 28 September 2001 Pareng Rufus died at the hands of gunmen who ambushed him as he was riding on his motorcycle from a meeting of Muslim and Christian leaders in Balabagan to his parish in Malabang. The local people, both Christian and Muslim, mourned for him deeply. The grief of the Muslims was all the greater because the men who murdered my Pareng Rufus happened to be Muslims. The death of this great missionary priest brought both communities together in their shared grief for a man of God, a true follower of Jesus Christ.

The setting above by contemporary Croation composer Branko Stark includes the words of today's Entrance Antiphon, in bold below, taken from the Latin Vulgate version of the Bible.

Clap your hands, all you peoples; shout to God with loud songs of joy. For the Lord, the Most High, is awesome, a great king over all the earth.

Clap your hands, all you peoples; shout to God with loud songs of joy. For the Lord, the Most High, is awesome, a great king over all the earth.

Sacrosanctum Concilium (Constitution on the Sacred Liturgy) 36. 1. Particular law remaining in force, the use of the Latin language is to be preserved in the Latin rites.

Vatican II, while it introduced the use of the mother tongue, did not banish Latin from the Mass and other liturgies!