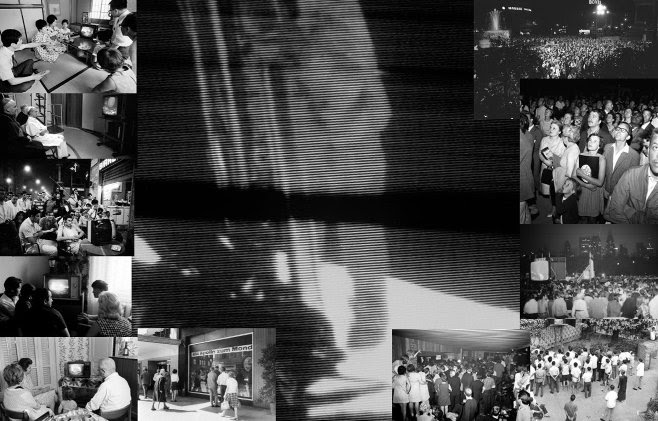 A few hours later, Armstrong opened the Lunar Module's MESA — a storage locker built into the lander's side.

A television camera in the MESA showed us Armstrong's, and humanity's, first step onto another world.

Back on Earth, one out of every five people were watching: at home, in pubs, at cafes, in New York's Central Park and at shop windows. Pope St. Paul VI watched at the Castle Gandolfo observatory....