The Gospel According to Matthew, Baptism scene
Directed by Pier Paolo Pasolini

Then Jesus came from Galilee to John at the Jordan, to be baptized by him. John would have prevented him, saying, ‘I need to be baptized by you, and do you come to me?’ But Jesus answered him, ‘Let it be so now; for it is proper for us in this way to fulfil all righteousness.’ Then he consented. And when Jesus had been baptized, just as he came up from the water, suddenly the heavens were opened to him and he saw the Spirit of God descending like a dove and alighting on him. And a voice from heaven said, ‘This is my Son, the Beloved, with whom I am well pleased.’
Léachtaí i nGaeilge

El Greco painted the Baptism of Christ a number of times. In the painting above he shows Jesus kneeling before his cousin St John the Baptist, as does Pasolini in his film The Gospel According to Matthew, with nothing, just as John had nothing. Both were totally open to the will of God the Father.

For me one of the most astonishing realities in the baptism of Jesus is that he lined up with everyone else, all of whom were sinners. All those present, except John, would have presumed that Jesus was just another sinner like themselves. This shows the extent of God’s love for us as sinners, that God who became Man, Jesus, allowed himself to be seen as a sinner.

It is here that God the Father proclaims, This is my Son, the Beloved, with whom I am well pleased. The Father uses the very same words at the Transfiguration, with the words listen to him added (Mt 17:5). In the latter Peter, James and John the Apostle had caught a glimpse of the reality that Jesus is God. At the baptism the people saw someone they presumed to be a sinner. 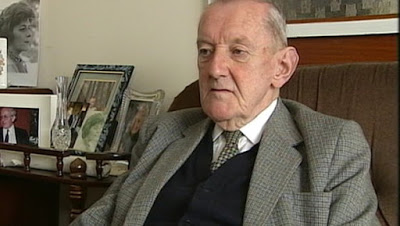 Lawrence Wren, a former head of the Irish police who died in 2016, lived near my brother in Dublin. I remember when he held that position he used to stand outside the parish church after all the Masses on one Sunday of the month with other members of the St Vincent de Paul Society collecting money to help the poor. There was nothing to indicate who he was or the very important position he held. I was always struck by that and that he and his family lived in an ordinary house just like everyone else.

The fact that Jesus identified himself, in effect, as a sinner, shows that God is not ashamed of us despite our sins. He identifies himself with us even though he is pure love, utter sinlessness.

And just as God the Father proclaims Jesus as my Son, the Beloved, at his baptism, he does the same with us at our baptism which, unlike the baptism of John, makes us God’s very own sons and daughters, brothers and sisters of Jesus and therefore brothers and sisters of one another. This is our deepest identity.
Mass for Four Voices: Kyrie
Composed by William Byrd, sung by The Tallis Scholars 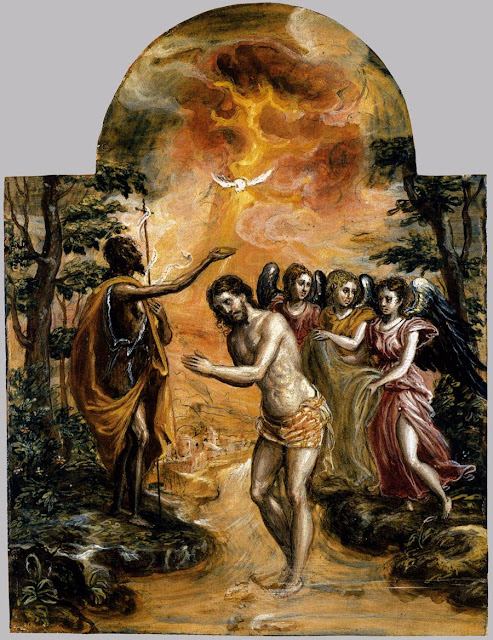