'The martyrs belong to all Christians.' Sunday Reflections, 1st Sunday of Lent, Year B 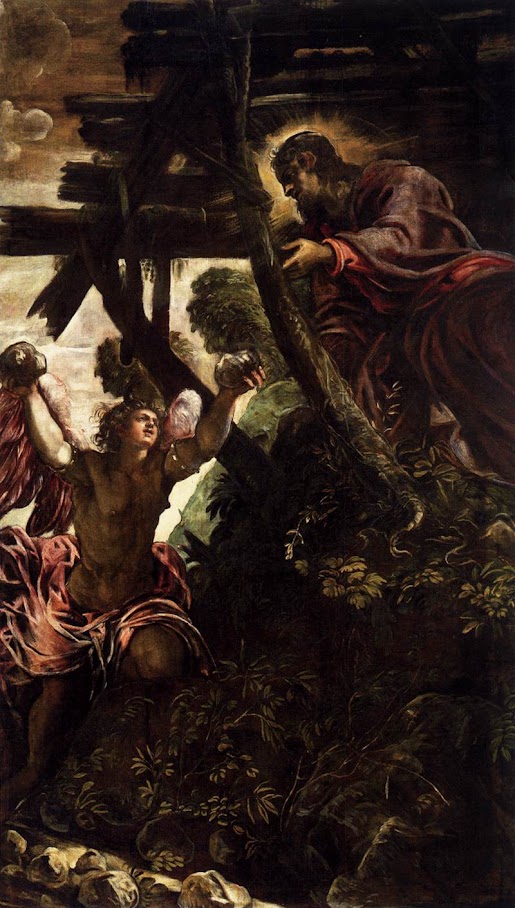 The Temptation of Christ
Tintoretto [Web Gallery of Art]

Now after John was arrested, Jesus came into Galilee, proclaiming the gospel of God, and saying, “The time is fulfilled, and the kingdom of God is at hand; repent and believe in the gospel.”

One of my teachers in the Columban seminary in the 1960s was a saintly priest, Fr Edward McCormack. Father Ted, as we knew him, spent most of his life as a priest teaching Scripture to Columban seminarians in Ireland and the USA. But he taught our class Latin.

I vividly remember one occasion when he celebrated our community Mass on the First Sunday of Lent. In the Old Mass Matthew 4:1-11 was always read. That's now the Gospel for Year A. As he was preaching  it was clear that he had a deep, personal sense of the horror of Satan tempting Jesus, God who became Man, of Evil trying to prevail over Love, God himself.

We have daily examples of the power of evil. One is the murder on 12 February 2015 of 2o Coptic Christians, Egyptian men working in neighbouring Libya and one other man, Matthew Ayariga, either from Chad or Ghana - like the countless OFWs (Overseas Filipino Workers) - working abroad. They were beheaded simply because they were Christians.

In a meeting four days later with a delegation from the Church of Scotland, which is Presbyterian, Pope Francis said the following.

I would now like to turn to my native tongue to express feelings of profound sorrow. Today, I read about the execution of those twenty-one or twenty-two Coptic Christians. Their only words were: 'Jesus, help me!' They were killed simply for the fact that they were Christians. You, my brother, in your words referred to what is happening in the land of Jesus. The blood of our Christian brothers and sisters is a testimony which cries out to be heard. It makes no difference whether they be Catholics, Orthodox, Copts or Protestants. They are Christians! Their blood is one and the same. Their blood confesses Christ. As we recall these brothers and sisters who died only because they confessed Christ, I ask that we encourage each another to go forward with this ecumenism which is giving us strength, the ecumenism of blood. The martyrs belong to all Christians. 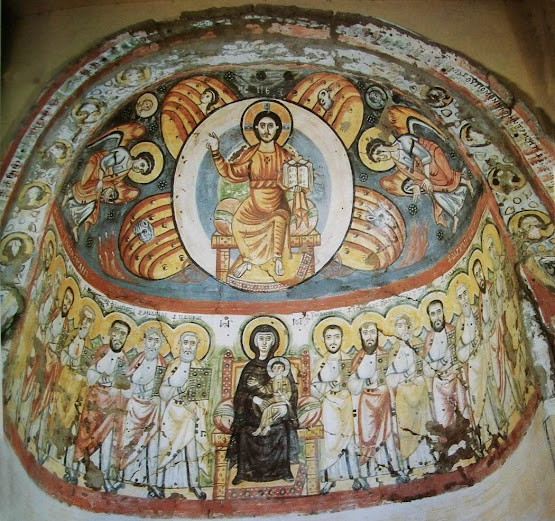 The vast majority of Christians in Egypt are Coptic Christians and according to tradition they trace their origins to St Mark preaching the Gospel in Alexandria in the very early days of the Church. A minority of Coptic Christians are in full communion with Rome as the Coptic Catholic Church. They number fewer than 200,000.

These are the men who were martyred:

These men are now honoured as saints by the Coptic Orthodox Church of Alexandria, to give it its full name. The remains of the 21 martyrs were laid to rest in the newly-built Church of the Martyrs of Faith and Homeland in the village of Al-our where 13 of the martyrs were from.

The Roman Martyrology contains many lists of martyrs like the one above. In some monasteries these lists are read each day during the Office of Prime. The Roman Canon, also known as Eucharistic Prayer I, includes two such lists of martyrs of the early Church, one before the Consecration and one after.

May all Christian martyrs who shared in the temptations of Jesus Christ and in his Crucifixion obtain for us the courage to be fearless witnesses of our Lord Jesus Christ in our daily lives. (The Greek word from which the word 'martyr' derives means 'witness.)

Church of the Martyrs of Faith and Homeland
Al-our, Minya, Egypt

The complete Mass in Latin and English is here. (Adjust the date at the top of that page to 2-21-2021 if necessary).

To Daffodils
by Robert Herrick (1591 - 1674)
The video doesn't give the name of the person reciting the poem.

Last Monday, two days before Ash Wednesday, I saw daffodils for the first time this year, at the entrance to our grounds. These beautiful flowers are among the first reminders that spring is near. They are also a reminder of the shortness of life: We have short time to stay, as you, / We have as short a spring; / As quick a growth to meet decay, / As you, or anything. These words of Herrick echo those used on Ash Wednesday: Remember that you are dust, and to dust you shall return.