(Heads up: I will be including additional factual information (not propaganda) about Michigan's Proposal 3 at the end of this blog. You may be surprised it is not simply a yes or no to abortion.  Please read.)

Have you ever gone through a life experience--maybe sickness or the death of a loved one--and found yourself crying out to God.  Maybe you were pleading for help or simply feeling the depths of despair?

As I was reflecting on Jesus in the Garden before he was arrested, the wording of the narrative was more powerful than I remember.  It goes like this (Luke 22: 44):

"He was in such agony and he prayed so fervently that his sweat became like drops of blood falling on the ground."

"Such agony." "Prayed fervently." We can relate to that at times, can't we?

Of course, we're not facing the cross like Jesus did, but in our humanity, we have certainly felt the deep emotional or physical pain of suffering

Whenever we go through something in our lives, the Agony in the Garden is a great place to rest.  Take some time and reflect on that scene, because in it we have a special connection to Jesus.  As we enter into his suffering through our own, we can begin to see just how much he loves us.  He accepted his suffering for us.

Knowing this does not take our suffering away, lightening its stress upon us, but if we allow it to increase our relationship with Jesus, it offers some clarity.  It teaches us to love others like that.  It expands us.

There is no question that Jesus went through all of his suffering and death for us, but as we know, it doesn't end there.  Out of that came his resurrection.

You, too, will be resurrected from your suffering, by Jesus, the closer you are to him.  Embrace with renewed awareness just how great this all works together, allowing us to love others as Jesus loves us.

Sometimes people who are pro-life adhere to the idea that a woman has a right to do whatever she wants with her body.  They may be tempted to support Proposal 3, thinking that doing so will be a vote upholding their opinion.

Sometimes people who support abortion, do not realize how far reaching Proposal 3 can be.

I was surprised to discover the reality of this Proposal, so I will continue to share some information with you, that, like me, you may find surprising.  If you are like me, you are not a lawyer, so the brief amendment may seem harmless.  Turns out that those who understand such things, have identified where it is problematic.

*The safety regulations abortion clinics now have, although a very basic standard, will not need to continue.

*Because of the word individual all of the references could include minors, such as:  a minor could get an abortion with the help of a non-professional and the parents would not need to know; any non-professional could actually do the abortion.

*A minor could obtain sterilization and other hormone-related treatments that could effect a permanent change to their body, without the knowledge of their parents.

*Hospitals and doctors who do not want to participate in an abortion could lose their right to refuse by virtue of conscience.

*Prohibition on human cloning, statutory rape laws and laws against incest would be endangered.

*Reporting of dead body by medical examiner including those who died from attempted
abortion.

*Prohibition on experimentation on living embryo, fetus, or neonate for non-therapeutic
reasons could be affected.

The list is long, and it is not fictional.  Proposal 3 is not simply a yes or no to abortion as has been promoted.  If added to Michigan's Constitution, it can set into motion a wave of problems that even the most staunch pro-choice supporter would find difficult.

Who would think that eliminating a ban on incest (think adult/child or brother/sister) is a good thing? Proposal 3 could do that.

Please vote NO on Proposal 3!

'I am sending him back to you, sending my very heart.' Sunday Reflections, 23rd Sunday in Ordinary Time, Year C

By Fr Seán Coyle - September 02, 2022
The Apostle Paul in Prison Rembrandt [ Web Gallery of Art ] Yet for love's sake I prefer to appeal to you—I, Paul, an old man and now a prisoner also for Christ Jesus . . .  (Philemon 9; Second Reading). Readings   (Jerusalem Bible: Australia, England & Wales, India [optional], Ireland, New Zealand, Pakistan, Scotland, South Africa) Readings   (New American Bible: Philippines, USA)   Gospel   Luke 14:25-33 ( English Standard Version Anglicised: India) . Now great crowds accompanied him, and he turned and said to them,   “If anyone comes to me and does not hate his own father and mother and wife and children and brothers and sisters, yes, and even his own life, he cannot be my disciple.   Whoever does not bear his own cross and come after me cannot be my disciple.   For which of you, desiring to build a tower, does not first sit down and count the cost, whether he has enough to complete it?   Otherwise, when he has laid a foundation and is not able to finish, all who see it begi
Read more

By Janet Cassidy - August 31, 2022
Going down a rabbit hole as I so frequently do, I ended up watching the last Mass of Padre Pio.  That led to watching an old black & white video of a "day in the life of" clips.  In one of the clips, he was standing in a hallway with his brother Capuchin talking to children gathered around him. As I watched this video, it struck me that he was one man among many standing next to his brother Capuchins, dressed exactly like them.  I wondered, "What made him so different, set apart from the others?" I kept digging.  Miracles, stigmata, and most intriguing, an account of him bi-locating. He had been at a concert, thoroughly enjoying it, when, at the intermission, it was noticed that he was leaning forward on a chair, appearing to be resting, "silent and motionless," for about 5 minutes.  The people that were with him recounted that he never left, and after the show, went directly home.  You can read more about it HERE . At the very time that h
Read more 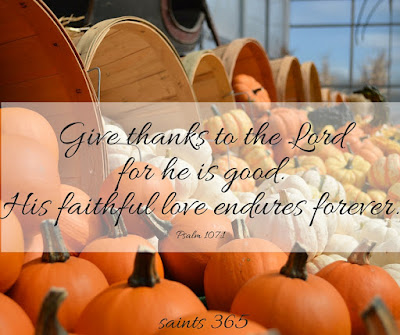