'God takes delight in his people.' Sunday Reflections for the Solemnity of Mary, Mother of God 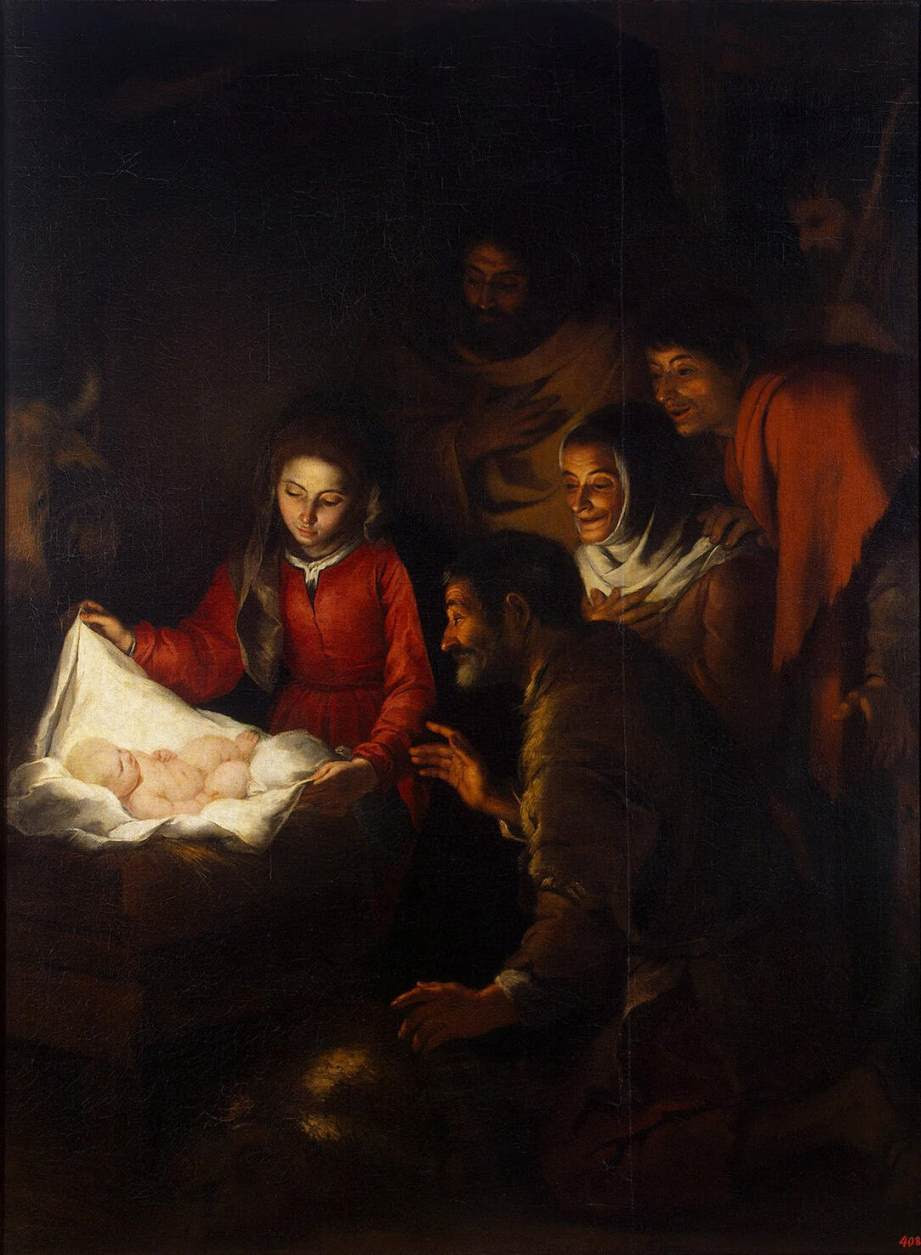 Adoration of the Shepherds Murillo, painted 1646-50
Readings (New American Bible: Philippines, USA)
Gospel Luke 2:16-21 (Jerusalem Bible: Australia, England & Wales, India [optional], Ireland, New Zealand, Pakistan, Scotland, South Africa)
The shepherds hurried away and found Mary and Joseph, and the baby lying in the manger. When they saw the child they repeated what they had been told about him, and everyone who heard it was astonished at what the shepherds had to say. As for Mary, she treasured all these things and pondered them in her heart. And the shepherds went back glorifying and praising God for all they had heard and seen; it was exactly as they had been told.
When the eighth day came and the child was to be circumcised, they gave him the name Jesus, the name the angel had given him before his conception.
+++
An Soiscéal Lúcás 13:33-37 (Gaeilge, Irish)
San am sin d’imigh na haoirí anonn go Beithil go deifreach, agus fuair siad Muire agus Iósaef, agus an naíonán ina luí sa mhainséar. Agus ar a fheiceáil dóibh, d’inis siad an ní a dúradh leo mar gheall ar an leanbh seo. Agus cách a chuala, b’ionadh leo na nithe a dúirt na haoirí leo. Agus thaiscigh Muire ina cuimhne na nithe seo uile, ag machnamh orthu ina croí. Agus chuaigh na haoirí ar ais ag glóiriú agus ag moladh Dé faoinar chuala siad agus a bhfaca siad, de réir mar a bhí ráite leo.
Nuair a bhí ocht lá caite agus é le timpeallghearradh, tugadh Íosa mar ainm air, mar a thug an t-aingeal air sular gabhadh sa bhroinn é.
+++
My mother once told me a story about her mother-in-law, my grandmother Jane Coyle, that made me smile. I was Jane’s first grandchild and my father John was her only child. When my mother would take me over to my grandparents’ house, as she often did, the neighbours would drop by to admire the infant, as people do. Some would say I looked like my father while others would say I was more like my mother.
My mother discovered that after we had gone, especially if some had remarked that I looked like her, my grandmother Jane would go to the next-door neighbour and ask, ‘Doesn’t my grandson look like my son?’ (Jane Coyle died when I was three and was buried the day my brother was baptised).
One of my favourite lines in the Bible – I quoted it in Sunday Reflections for Christmas Day – is ‘God takes delight in his people’ (Psalm 149). This is from the Grail translation of the psalms, the version used in the English-language editions of the Breviary, the Prayer of the Church.  Psalm 149 appears in Morning Prayer of the Church on the first Sunday of the four-week cycle and on all solemnities and feasts. I had been praying this psalm regularly for many years before the line jumped out at me some time in the early 1990s. I can’t remember how or why.
I have some idea of the delight that God takes in us and in me from the kind of delight that I and most people I know take in a newborn child, even one whose circumstances of birth aren’t ideal. Murillo captures the delight of the shepherds, the light reflected from the infant Jesus showing it in their faces. We see St Joseph in the background. The light of Jesus is reflected most strongly in the face of Mary, who looks so young and almost vulnerable, a quieter delight on her face, taking in the wonder of what has happened. But Mary kept all these things, pondering them in her heart (Luke 2: 19). She is wearing red, the colour associated with the Holy Spirit, rather than the conventional blue. And Mary said to the angel, "How shall this be, since I have no husband?" And the angel said to her, "The Holy Spirit will come upon you, and the power of the Most High will overshadow you; therefore the child to be born will be called holy, the Son of God (Luke 1:34-35).
The eyes of all in Murillo’s painting, and our eyes, are drawn to the Baby Jesus, the painter capturing the truth of St John’s words: In him was life, and the life was the light of men. The light shines in the darkness, and the darkness has not overcome it (John 1:4-5).
Murillo’s painting is similar in ways to Gerrit van Honthorst’s Adoration of the Child that I used on Christmas Day and that you can see below. I do not know if Murillo was familiar with the earlier painting in which Mary is also wearing red and holding the cloth in almost the same way. Again, all eyes are on The light that shines in the darkness, and the darkness has not overcome it.
Both paintings capture the beautiful blessing that God asked Moses to give to his people and that we listen to in the First Reading today: The LORD bless you and keep you:  The LORD make his face to shine upon you, and be gracious to you: The LORD lift up his countenance upon you, and give you peace. "So shall they put my name upon the people of Israel, and I will bless them" Numbers 6:24-27). God truly takes delight in us, his sons and daughters. The birth of Jesus invites us to take delight in God who became Man.
[Scripture quotations from Revised Standard Version, Catholic Edition]. Adoration of the Child 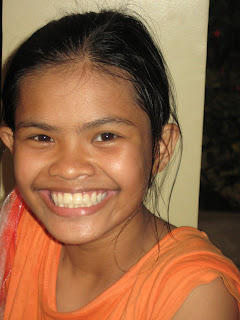 +++
Today is the eighth day of the Octave of Christmas. I came across this video on a couple of blogs today. The normally fearful Linus is not afraid to explain the meaning of Christmas by quoting the words of St Luke directly on the stage. At the words of the angel, 'fear not' he drops his security blanket, rather like the Apostles after Pentecost.
.