'Therefore you also must be ready . . .' Sunday Reflections, 1st Sunday in Advent Year A 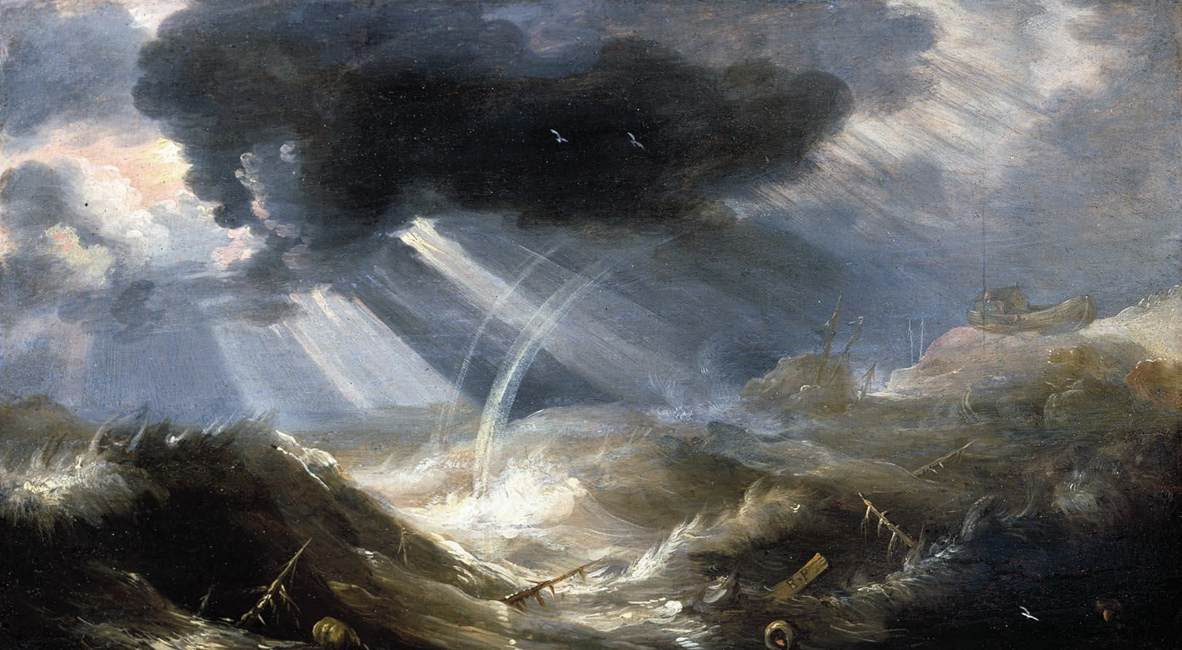 The Great Flood, Bonaventura I. Peeters [Web Gallery of Art]
Readings (New American Bible: Philippines, USA)
Readings (Jerusalem Bible: Australia, England & Wales, India [optional], Ireland, New Zealand, Pakistan, Scotland, South Africa)
Gospel Matthew 24:37-44 (Canadian Lectionary, New Revised Standard Version Catholic Edition)
Jesus spoke to his disciples:
“As the days of Noah were, so will be the coming of the Son of Man. For as in those days before the flood they were eating and drinking, marrying and giving in marriage, until the day Noah entered the ark, and they knew nothing until the flood came and swept them all away, so too will be the coming of the Son of Man.
Then two will be in the field; one will be taken and one will be left. Two women will be grinding meal together; one will be taken and one will be left.
“Keep awake, therefore, for you do not know on what day your Lord is coming. But understand this: if the owner of the house had known in what part of the night the thief was coming, he would have stayed awake and would not have let his house be broken into.
Therefore you also must be ready, for the Son of Man is coming at an unexpected hour.”
Tropical Storm Washi/Sendong, 16-17 December 2011


The footage above is of Dumaguete City, Negros Oriental, and was made by Mark Anthony Besario.In February 2000 a friend of mine, Daisy, an engineer who teaches at Xavier University, Cagayan de Oro, was travelling home to Ozamiz City for the weekend. This involved a journey of about three or four hours by road to Mukas, Kolambugan, Lanao del Norte, where the bus then went on board a ferry for the 20-minute trip across Panguil Bay to Ozamiz City. While waiting for the bus to take the next ferry from Mukas Daisy got off and bought some crabs, a favourite with Filipinos.
Continue here.