‘Worship the Lord your God, and serve only him.’ Sunday Reflections, 1st Sunday of Lent Year A

Then Jesus was led up by the Spirit into the wilderness to be tempted by the devil. He fasted forty days and forty nights, and afterwards he was famished. The tempter came and said to him, “If you are the Son of God, command these stones to become loaves of bread.” But he answered, “It is written,
‘One does not live by bread alone,
but by every word that comes from the mouth of God.’”

Then the devil took him to the holy city and placed him on the pinnacle of the temple, saying to him, “If you are the Son of God, throw yourself down; for it is written,
‘He will command his angels concerning you,’
and ‘On their hands they will bear you up,so that you will not dash your foot against a stone.’”

Jesus said to him, “Again it is written, ‘Do not put the Lord your God to the test.’”

Again, the devil took him to a very high mountain and showed him all the kingdoms of the world and their splendor; and he said to him, “All these I will give you, if you will fall down and worship me.”

Jesus said to him, “Away with you, Satan! for it is written,
‘Worship the Lord your God, and serve only him.’”

Then the devil left him, and suddenly angels came and waited on him. 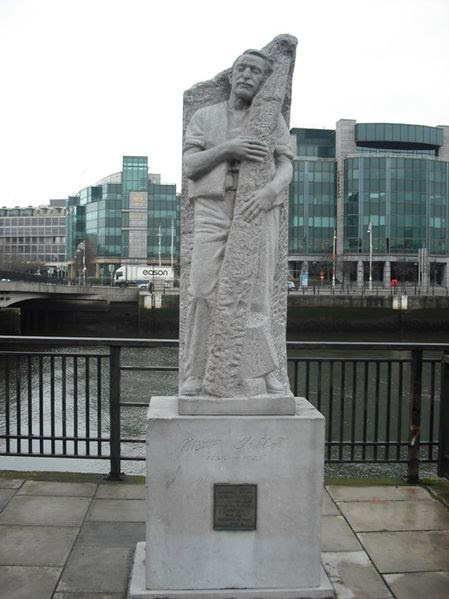 I remember vividly a homily given on the First Sunday in Lent in St Columban's College, Dalgan Park, the Columban seminary in Ireland where I studied from 1961 to 1968, by the late Fr Edward McCormack, who taught us Latin. We all recognised Father Ted, as we called him, as a saintly man. It was clear from his preaching that he was experiencing something of the horror of the very idea of the Devil tempting Jesus, God who became man. It was as if the very soul of Father Ted was shuddering.

"Hold your eyes on God and leave the doing to Him.
<span style