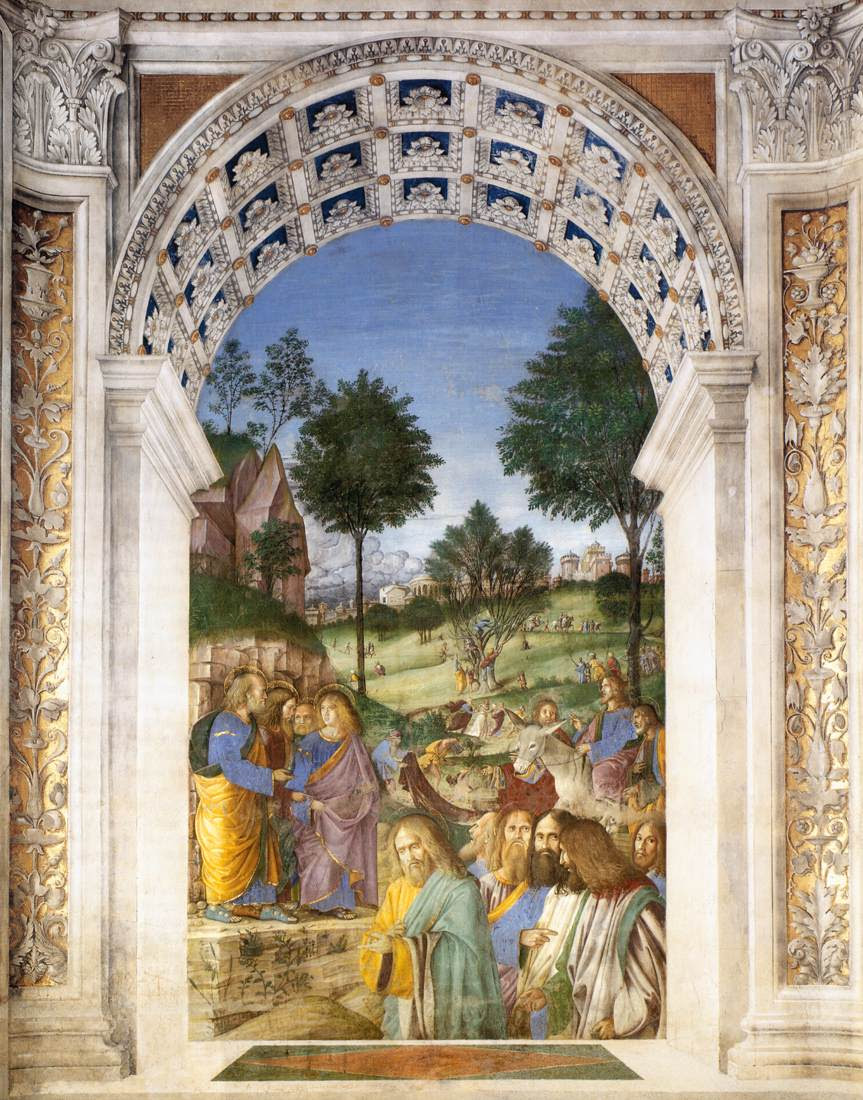 When they had come near Jerusalem and had reached Bethphage, at the Mount of Olives, Jesus sent two disciples, saying to them, “Go into the village ahead of you, and immediately you will find a donkey tied, and a colt with her; untie them and bring them to me. If anyone says anything to you, just say this, ‘The Lord needs them.’ And he will send them immediately. This took place to fulfill what had been spoken through the prophet, saying,
“Tell the daughter of Zion,
Look, your king is coming to you,
humble, and mounted on a donkey,
and on a colt, the foal of a donkey.”
The disciples went and did as Jesus had directed them; they brought the donkey and the colt, and put their cloaks on them, and he sat on them. A very large crowd spread their cloaks on the road, and others cut branches from the trees and spread them on the road. The crowds that went ahead of him and that followed were shouting,


“Hosanna to the Son of David!
Blessed is the one who comes in the name of the Lord!
Hosanna in the highest heaven!”
When he entered Jerusalem, the whole city was in turmoil, asking, “Who is this?” The crowds were saying, “This is the prophet Jesus from Nazareth in Galilee.”

The following Hymn to Christ the King may be sung during the procession.
Chorus:
Gloria, laus et honor tibi sit,
rex Christe redemptor,
cui puerile decus prompsit
Hosanna pium.
Glory and honour and praise be to you, 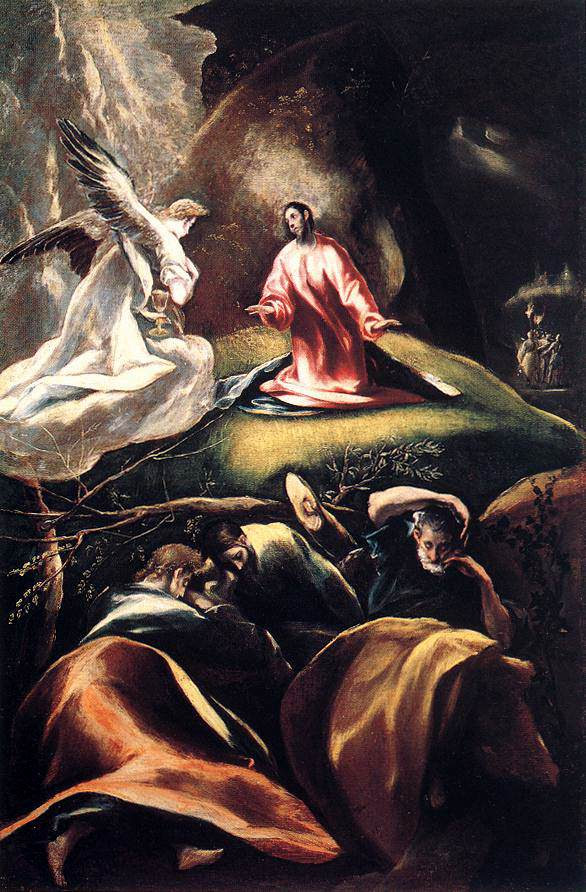 Christ, Kind and Redeemer,
to whom young children cried out
loving Hosannas with joy.

The response for today's Responsorial Psalm is My God, my God, why have you forsaken me? ('abandoned me' in the NAB Lectionary), the last words of Jesus according to St Matthew, whose version of the Passion is read today. The readings carry that theme, explicitly or implicitly. The Prophet Isaiah says, I gave my back to those who beat me, my cheeks to those who plucked my beard; my face I did not shield from buffets and spitting. The church applies these words to the sufferings of Jesus. Yet there isn't total abandonment: The Lord GOD is my help, therefore I am not disgraced; I have set my face like flint, knowing that I shall not be put to shame.
Full post here.
G.K.Chesterton Palm Sunday Pope Francis Sunday Reflections throwaway culture