'The kingdom of God is as if someone would scatter seed on the ground . . .' Sunday Reflections, 11th Sunday in Ordinary time, Year B 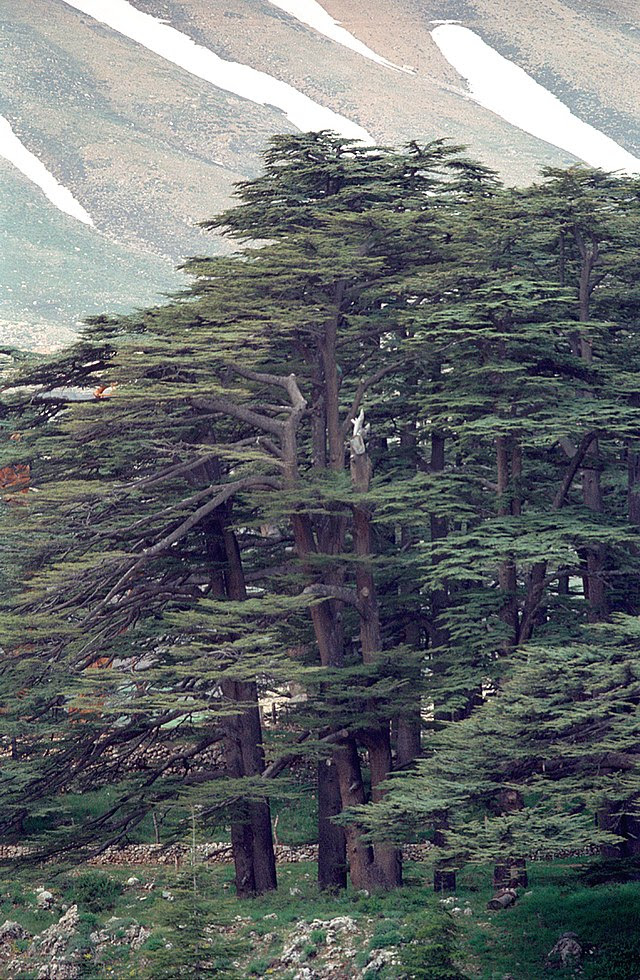 A Grove of Cedars of Lebanon [Wikipedia]
On the mountain height of Israel I will plant it, in order that it may produce boughs and bear fruit, and become a noble cedar (Ezekiel 17:23 - First Reading).
Gospel Mark 4:26-34 (New Revised Standard Version, Catholic Edition
Jesus said to the crowds: “The kingdom of God is as if someone would scatter seed on the ground, and would sleep and rise night and day, and the seed would sprout and grow, he does not know how. The earth produces of itself, first the stalk, then the head, then the full grain in the head. But when the grain is ripe, at once he goes in with his sickle, because the harvest has come.”
He also said, “With what can we compare the kingdom of God, or what parable will we use for it? It is like a mustard seed, which, when sown upon the ground, is the smallest of all the seeds on earth; yet when it is sown it grows up and becomes the greatest of all shrubs, and puts forth large branches, so that the birds of the air can make nests in its shade.”
With many such parables he spoke the word to them, as they were able to hear it; he did not speak to them except in parables, but he explained everything in private to his disciples. The Sower (after Millet), October 1889, Saint-Rémy, Van Gogh
[Web Gallery of Art]
Below is part of what I posted three years ago for this Sunday.  It is now 73 years since my parents married and 'the youngest born last month' is now aged three. His father came through the medical procedure successfully, thank God.

The parables in this Sunday's gospel remind us that the faith has had many small beginnings. Perhaps the greatest is the Twelve Apostles.