Suicide: No Future in It 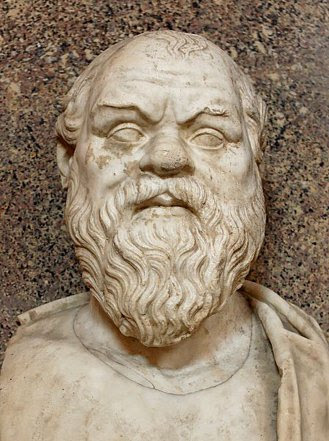 Socrates was a troublemaker, and asked too many questions — which got him killed. I talked about that Friday. (August 21, 2015)

What he said at his trial probably didn't help...

...Nobody forced poison down Socrates' throat: but I'm not sure whether his death was quite "suicide." He'd been told to kill himself, after a trial which apparently followed Athenian judicial standards.

About suicide: I think it's a bad idea. I've had the impulse occasionally, but decided that there's no future in it. Depression, and an autism spectrum disorder, made — makes — my life interesting. (December 14, 2014)

Where was I? Socrates, hemlock, bad ideas. Right....

More at A Catholic Citizen in America.
death depression suicide