Then Jesus returned from the region of Tyre, and went by way of Sidon towards the Sea of Galilee, in the region of the Decapolis. They brought to him a deaf man who had an impediment in his speech; and they begged him to lay his hand on him. He took him aside in private, away from the crowd, and put his fingers into his ears, and he spat and touched his tongue. Then looking up to heaven, he sighed and said to him, “Ephphatha,” that is, “Be opened.” And immediately his ears were opened, his tongue was released, and he spoke plainly. Then Jesus ordered them to tell no one; but the more he ordered them, the more zealously they proclaimed it.  They were astounded beyond measure, saying, “He has done everything well; he even makes the deaf to hear and the mute to speak.” 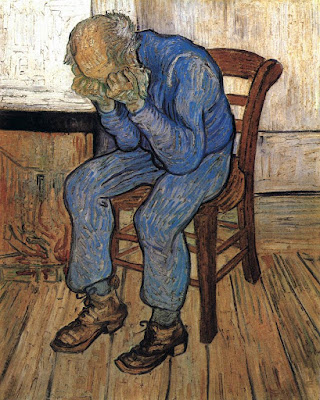 In the Second Reading today St James asks in his blunt way, If a person with gold rings and in fine clothes comes into your assembly, and if a poor person in dirty clothes also comes in, and if you take notice of the one wearing the fine clothes and say, “Have a seat here, please,” while to the one who is poor you say, “Stand there,” or, “Sit at my feet,” have you not made distinctions among yourselves, and become judges with evil thoughts?

More than 30 years ago I spent three months working in a hospital in a city in the the US Midwest. I noticed that a particular nurse always wore a pro-life badge, for which I admired her. But in the three months I was there as chaplain to patients and staff on the floor we both worked on she never spoke to me except at a weekly staff meeting. I was curious rather than hurt by this and before I finished I asked her if we could meet. I told her what I had noticed and expressed my admiration for her quiet pro-life stand. She was quite taken aback, as she had never been conscious of ignoring me. It turned out that she had once had a bad experience with a priest and had 'tuned out' on all priests. We had a very good conversation and ended up hugging each other.
Full post here.
Deafness Inc. Fr Joseph Coyle Palestrina Sunday Reflections the Deaf The Poznan Nightingales Van Gogh Welcome Home Foundation