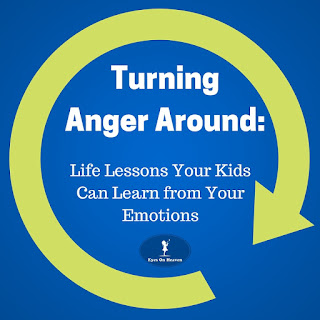 If you’re active in parenting social media groups and the blogosphere, you know that we talk a lot about ways we can be more patient with our kids, more kind, more balanced. We talk about ways to get over anger and stop yelling. And all of this is important. The next time I have a rough week with the kids, I’ll probably be reading more such tips.
At the same time, there’s a different perspective I think we need to consider once in a while. Sometimes, it seems likewe can place too much pressure on ourselves and, collectively, on each other, to be perfect. Basically, if you take a look around at parenting pictures, stories and tips, we’re often telling each other in subtle ways that to be good parents, we need to be happy most if not all of the time. And, we’re sometimes saying: when you’re not happy, try not to show it.
The basic logic here is that we want to be fair and kind to our kids. We want to be strong for them. We don’t want to react hastily or for the wrong reasons. We don’t want our anger to lead to violence or other harmful behavior. We don’t want to scare our kids. Kids are very perceptive, and they realize when their parents react out of anger rather than in a measured way. This makes it more difficult for them to understand why an action they did was objectively right or wrong; it’s “rightness” or “wrongness” seems to be based on the parent’s reaction which, in turn, leads to children acting out of fear of punishment or desire of reward rather than developing an internal understanding of how to evaluate the morality of their own actions.
In addition, kids tend to imitate their parents. This makes the parents’ example crucial. If the parent is regularly angry, the child is more likely to react in an angry manner. After all, that’s what they’re learning from the parent.
So, I agree completely that parents should respond in a measured way and avoid acting unfairly or harshly out of anger.
t we often associate with anger, we often confuse how we respond to anger with the emotion itself and end up condemning both. In order to avoid poor responses, like acting our violently, we try to block the feeling. We feel uncomfortable with anger in general, when it surfaces in ourselves or in others. We have a hard time acknowledging it or talking about it. We try to avoid it. And we end up viewing anger, especially our own anger as something negative, like an ugly monster that we can’t get rid of but do our best to keep locked in the closet.
But anger can’t be avoided completely. It’s a part of life. Yes, let’s work on virtue and patience and kindness and gentleness. But to the extent that anger is a reality and a meaningful one, it’s not something we should “hide” from our kids as though it doesn’t exist.  As parents, we have to teach our kids about life and what they’re going to encounter. It’s important to let our kids see us angry, weak, afraid… These are real human emotions, just as real as happiness, excitement, or any other feeling. It’s something our kids ARE going to experience in life. When we hide these reactions from our kids, we don’t get rid of them; we simply keep them behind closed doors.
Head over to Eyes On Heaven to read the valuable life lessons your kids can learn from your emotions.
anger COURAGE kids Life Lessons Parenting