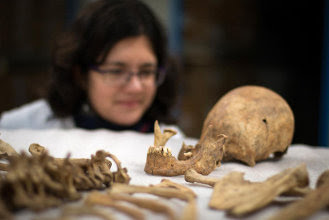 We've been learning quite a bit about humanity's family history recently: thanks partly to our increasingly-detailed knowledge of DNA and the human genome.

I'll be taking a look at what scientists are learning about Roman Britain, Anglo-Saxons, and headless skeletons....

...I'll also indulge in an uncharacteristically-terse (for me) explanation of what science is doing in a 'religious' blog....

More at A Catholic Citizen in America.
england genetics history in the news