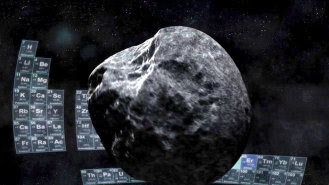 Then there's the 1966 Outer Space Treaty treaty: a tribute to the high ideals, and international politics, of the '60s. The idea was that anything we find outside Earth's atmosphere would belong to everyone. Nifty idea, not entirely wrong, and I'll get back to that.