'But Christ is risen, he is alive and he walks with us.' Sunday Reflections, Easter Sunday 2016. 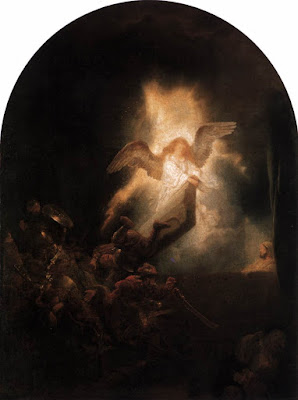 Early on the first day of the week, while it was still dark, Mary Magdalene came to the tomb and saw that the stone had been removed from the tomb. So she ran and went to Simon Peter and the other disciple, the one whom Jesus loved, and said to them, “They have taken the Lord out of the tomb, and we do not know where they have laid him.” Then Peter and the other disciple set out and went toward the tomb. The two were running together, but the other disciple outran Peter and reached the tomb first. He bent down to look in and saw the linen wrappings lying there, but he did not go in. Then Simon Peter came, following him, and went into the tomb. He saw the linen wrappings lying there, and the cloth that had been on Jesus’ head, not lying with the linen wrappings but rolled up in a place by itself. Then the other disciple, who reached the tomb first, also went in, and he saw and believed; for as yet they did not understand the scripture, that he must rise from the dead.

Dear brothers and sisters! The risen Christ is journeying ahead of us towards the new heavens and the new earth (cf. Rev 21:1), in which we shall all finally live as one family, as sons and daughters of the same Father. He is with us until the end of time. Let us walk behind him, in this wounded world, singing Alleluia. In our hearts there is joy and sorrow, on our faces there are smiles and tears. Such is our earthly reality. But Christ is risen, he is alive and he walks with us. For this reason we sing and we walk, faithfully carrying out our task in this world with our gaze fixed on heaven.

Happy Easter to all of you! (Pope Benedict, Easter Sunday 2011).

I have told the following story before here and on many other occasions, especially giving retreats. Each time I share it or recall it I experience the truth of Pope Benedict's words, Christ is risen, he is alive and he walks with us. I have also learned that persons with a deep, committed faith can sometimes be very fragile.
More than 30 years ago I spent part of a summer working in a suburban parish in the USA. One night at around 11 I did something I rarely did: make a late night phone call, and for no other reason than to say 'Hi'. I phoned a friend who was a teacher whom I had first met eleven years earlier when I was a young priest and she a generous, idealistic but confused 16-year-old. Over the years I saw 'Lily' - I'll call her that since that flower is often associated with Easter in northern climes and this is an Easter story – very rarely as I was here in the Philippines.