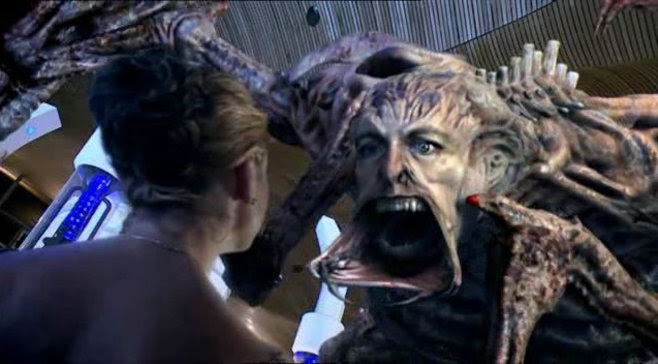 (From BBC, via Wikipedia, used w/o permission.)
("I find that nothing's ever exactly like you expect...." (Professor Richard Lazarus))

A mad scientist's lot is not a happy one. All he wants is to redefine being human: and the next thing you know, he's eating guests at his victory celebration. 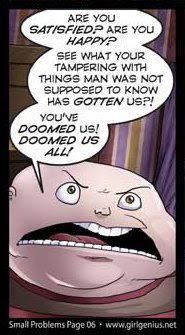 Doctor Who's The Lazarus Experiment doesn't have much to do with The Devil Bat and The Brain That Wouldn't Die, apart from featuring a mad scientist — and science gone horribly wrong.

Some movies, like Fantastic Voyage and Things to Come, present science and technology as useful.

But "tampering with thing man was not supposed to know," as Mr. Squibbs put it, keeps the plot going for quite a few; like Altered Species, They Saved Hitler's Brain, and Island of Lost Souls.