'One will be taken and one will be left.' Sunday Reflections, 1st Sunday of Advent, Year A 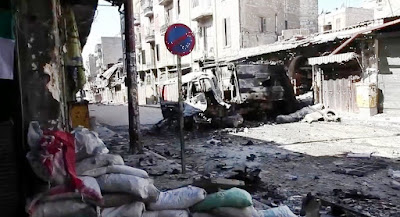 One will be taken and one will be left- Matthew 24:40
In February 2000 a friend of mine, Daisy, an engineer who teaches at Xavier University, Cagayan de Oro, was traveling home to Ozamiz City for the weekend. This involved a journey of about three or four hours by road to Mukas, Kolambugan, Lanao del Norte, where the bus then went on board a ferry for the 20-minute trip across Panguil Bay to Ozamiz City. While waiting for the bus to take the next ferry from Mukas Daisy got off and bought some crabs, a favourite with Filipinos.
Continue here.
Advent Aleppo Haiyan/Yolanda R.R. Terry Sunday Reflections William Byrd