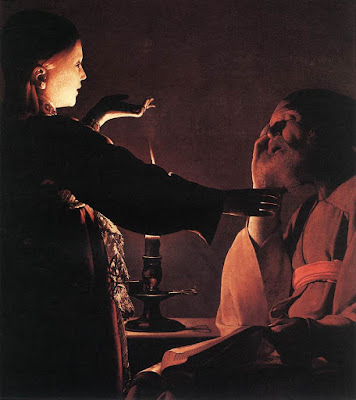 Now the birth of Jesus the Messiah took place in this way. When his mother Mary had been engaged to Joseph, but before they lived together, she was found to be with child from the Holy Spirit. Her husband Joseph, being a righteous man and unwilling to expose her to public disgrace, planned to dismiss her quietly. But just when he had resolved to do this, an angel of the Lord appeared to him in a dream and said, ‘Joseph, son of David, do not be afraid to take Mary as your wife, for the child conceived in her is from the Holy Spirit. She will bear a son, and you are to name him Jesus, for he will save his people from their sins.’ All this took place to fulfil what had been spoken by the Lord through the prophet:
‘Look, the virgin shall conceive and bear a son, and they shall name him Emmanuel’,which means, ‘God is with us.’ When Joseph awoke from sleep, he did as the angel of the Lord commanded him; he took her as his wife.
Responsorial Psalm [NAB Lectionary] 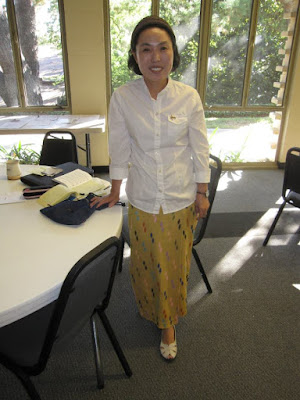 In December 2002 I met a man in Manila, Mang Pepe, and his daughter Ligaya whose story reminded me so much of that of Joseph and Jesus in today's gospel. The story of Mang Pepe and Ligaya is told here by a Columban lay missionary from Korea, Columba Chang, who worked for many years in the Manila area and whose ministry at the time she wrote this story was to families affected by HIV/AIDS. The names used aren't their real names. 'Pepe' is a nickname for a man named Jose or Joseph. 'Mang' is a Tagalog term of respect for a man older than oneself. 'Aling' is the equivalent term for a woman. The name 'Ligaya' means 'Joy'. The story was first published, as I recall, in a newsletter of Caritas Manila and I used it in the November-December 2003 issue of MISYON, the Columban magazine in the Philippines that I edit. I republished it in the November-December 2015 issue of the magazine, now called MISYONonline.com. I think it is a story worth telling over and over again. Columba is now based in Myanmar as a member of a small team of Columban Lay Missionaries there. I have updated the introduction.