'My Lord and my God!' Sunday Reflections, Second Sunday of Easter (or Sunday of Divine Mercy), Year A 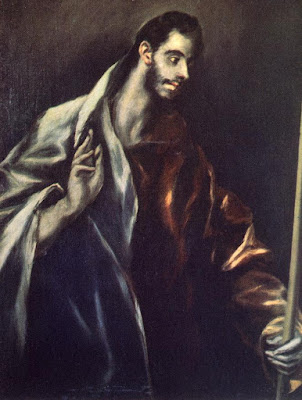 
When it was evening on that day, the first day of the week, and the doors of the house where the disciples had met were locked for fear of the Jews, Jesus came and stood among them and said, ‘Peace be with you.’ After he said this, he showed them his hands and his side. Then the disciples rejoiced when they saw the Lord. Jesus said to them again, ‘Peace be with you. As the Father has sent me, so I send you.’ When he had said this, he breathed on them and said to them, ‘Receive the Holy Spirit. If you forgive the sins of any, they are forgiven them; if you retain the sins of any, they are retained.’

But Thomas (who was called the Twin), one of the twelve, was not with them when Jesus came. So the other disciples told him, ‘We have seen the Lord.’ But he said to them, ‘Unless I see the mark of the nails in his hands, and put my finger in the mark of the nails and my hand in his side, I will not believe.’

A week later his disciples were again in the house, and Thomas was with them. Although the doors were shut, Jesus came and stood among them and said, ‘Peace be with you.’ Then he said to Thomas, ‘Put your finger here and see my hands. Reach out your hand and put it in my side. Do not doubt but believe.’ Thomas answered him, ‘My Lord and my God!’ Jesus said to him, ‘Have you believed because you have seen me? Blessed are those who have not seen and yet have come to believe.’


John 20:19-31 from The Gospel of John
We can read the words of Jesus to Thomas as a gentle rebuke that has led to the nickname he may carry for all eternity: 'Doubting Thomas'. But I prefer to see him as the one who understood that the Risen Lord must carry the scars of his crucifixion and who made the most explicit act of faith in the whole of Sacred Scripture: My Lord and my God!

The First Reading today (Ats 2:42-47) opens with the words They devoted themselves to the apostles’ teaching and fellowship, to the breaking of bread and the prayers. 'The breaking of the bread' is an expression used for the celebration of the Eucharist. We can see in this sentence the essence of the Mass as we celebrate it today: listening to God's word, praying and sharing in the Sacrifice of Jesus and sharing his Body and Blood.

Some commentators say that the failure of Thomas was not to listen to God's word as related by his companions. Maybe he did fail here but did the others have the same awareness as Thomas had that the Risen Lord must carry his scars for all eternity?

In Evangelii Gaudium No 7 Pope Francis writes: I never tire of repeating those words of Benedict XVI which take us to the very heart of the Gospel: 'Being a Christian is not the result of an ethical choice or a lofty idea, but the encounter with an event, a person, which gives life a new horizon and a decisive direction'.

Thomas had been a companion of Jesus for two to three years but what he experienced in today's gospel was precisely what Pope Benedict describes as the encounter with an event, a person, which gives life a new horizon and a decisive direction. 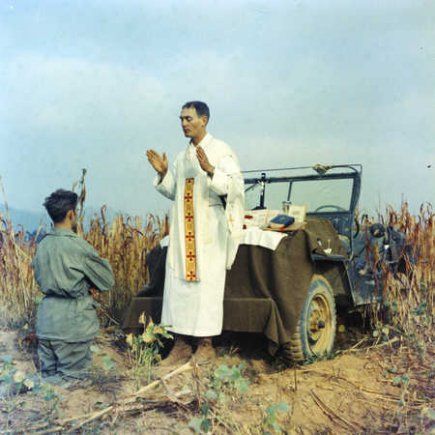