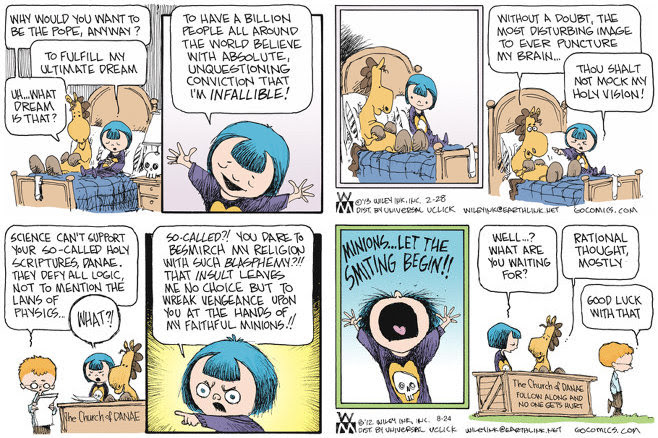 The "most disturbing image" gag in Wiley Miller's Non Sequitur comic depends on a fairly common misunderstanding of Catholic belief. The important word in that sentence is misunderstanding. Papal infallibility doesn't mean that.

I'm none too pleased that Catholic beliefs are misunderstood by non-Catholics: and by some Catholics. But I can't fault a cartoonist for poking fun at cultural quirks I see as silly. Not reasonably.

Besides, strips featuring the Church of Danae's "so-called holy scriptures" have given me pretty good illustrations of what I don't believe....