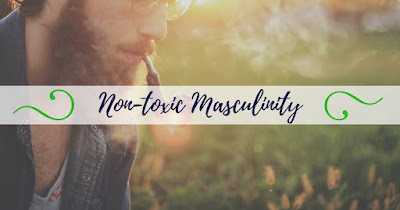 It ain’t easy being male. Not that I would know, but lately being a wife and a boy-mom, I’ve had a lot of sympathy for the less-fair sex. Feminism ran rampant, going so far beyond its noble beginnings with woman’s suffrage and ended up shaping our entire culture into a place where genuine masculinity is no longer welcome.
It starts when they are so young. Boys are forbidden to play “cowboys and Indians” because that is racist. They can’t play with sticks and toy guns because that is training them to be violent. When a little boy can’t sit still for six hours straight in a classroom, he is put on Ritalin because he must be disordered. He probably isn’t disordered, he is probably just a boy! They don’t sit very well and they like to pretend to shoot things. Surprise, surprise! 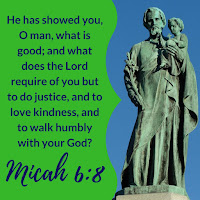 By the time they reach adulthood, the male species as a whole has been socially castrated, forced to take his God-given natural aptitudes for manly pursuits and competitiveness, and trade them in for avocado lattes and safe spaces. Just grow a beard and put on a flannel if you are feeling particularly manly today.
Click to continue reading...
AMDG