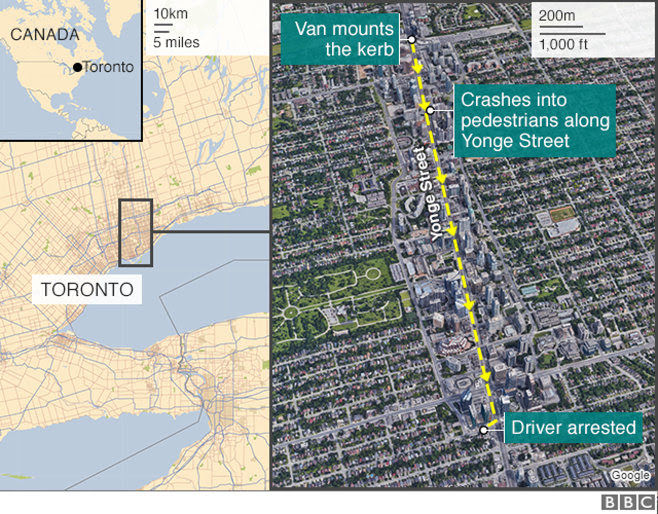 Fourteen high-profile murders are in the news. Four died at a Waffle House in Nashville, 10 were killed on Yonge Street in Toronto. The accused killers have been caught. I put links to BBC News and Wikipedia pages about the murders at the end of this post.1

I'll mostly be saying why I think murder is a bad idea, and how I see being human and making sense — or not, in some cases.

More at A Catholic Citizen in America.
being Catholic history life issues love