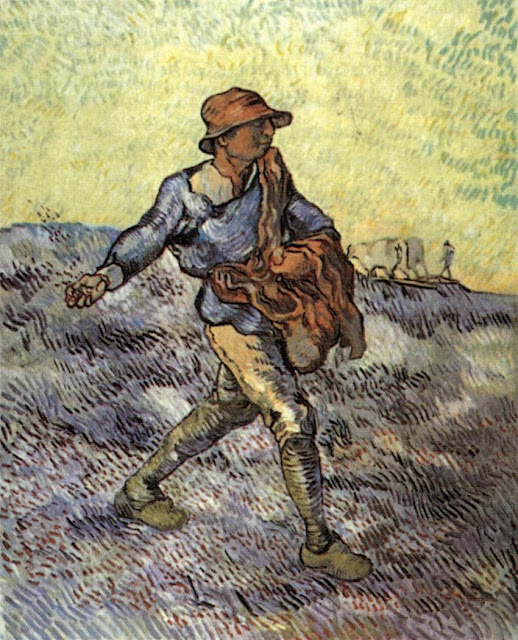 The Sower (after Millet), Van Gogh [Web Gallery of Art]

Jesus said to the crowds: ‘The kingdom of God is as if someone would scatter seed on the ground, and would sleep and rise night and day, and the seed would sprout and grow, he does not know how. The earth produces of itself, first the stalk, then the head, then the full grain in the head. But when the grain is ripe, at once he goes in with his sickle, because the harvest has come.’
He also said, ‘With what can we compare the kingdom of God, or what parable will we use for it? It is like a mustard seed, which, when sown upon the ground, is the smallest of all the seeds on earth; yet when it is sown it grows up and becomes the greatest of all shrubs, and puts forth large branches, so that the birds of the air can make nests in its shade.’
With many such parables he spoke the word to them, as they were able to hear it; he did not speak to them except in parables, but he explained everything in private to his disciples. 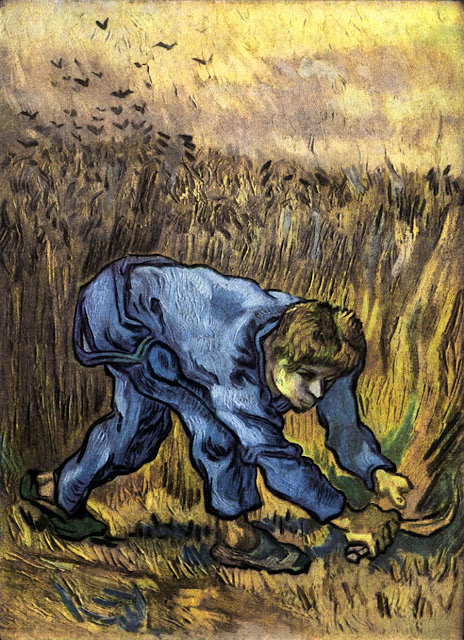 Below is what I posted three years ago and part of what I posted six years ago for this Sunday.  It is now (2018) 76 years since my parents married and 'the youngest born last month' is now aged six. His father came through the medical procedure successfully, thank God.

The parables in this Sunday's gospel remind us that the faith has had many small beginnings. Perhaps the greatest is the Twelve Apostles.

As a Columban priest I'm very conscious of our history. Fr Edward Galvin from Ireland went off to China with Canadian Fr John Fraser in 1912. Fr Fraser went on to found the Scarboro Missionary Society in Canada and Fr Galvin, with Fr John Blowick, was to set up the Missionary Society of St Columban within a few years, both societies working to bring the Gospel to the people of China.

The Columbans, along with all other Christian missionaries, were eventually driven out of China after 1949 but have a presence there again, in a different way. And a year ago, as I wrote for last Sunday, the first two Chinese students came to Manila to prepare to be Columban missionary priests. Another small beginning in the service of the mission that Jesus gave to the Church. [Update: Those two students have since left but another, Peter Dong Lichun, was ordained deacon recently and will be ordained priest, God willing, later this year. He will be the first Chinese Columban priest.]

70 years ago my parents were married. Another small beginning in faith, a faith nourished, at least in part, by the Eucharistic Congress ten years earlier in their native Dublin. Without that beginning I would not be here.

Today, Friday, I visited a friend in Cebu City whom I hadn't seen in more than twelve years. When we last met she was single. Today I met her husband and seven children, the youngest born last month. She and her husband have both lost their mothers in the last couple of months. Her husband will be going into hospital on Saturday for a procedure on one of his kidneys.The house they were living in before was burned down and they are now in a very small temporary house from which they will have to move soon. Yet I saw a house filled with love, the older children when they came home from school giving the mano po, the hand to the forehead, a sign of respect in the Philippines and in Timor Leste (East Timor), to their parents and to me - and then going to kiss their two youngest brothers. And we shared bread together, pandesal, small pieces of bread that are very popular for breakfast and for snacks.

The kingdom of God is as if someone would scatter seed on the ground, and would sleep and rise night and day, and the seed would sprout and grow, he does not know how.

We just don't know where the seed will be scattered and where it will bear fruit. I once met a young woman from Japan in Manila. She was moving towards the Catholic faith and the seed was being nourished in the predominantly Catholic Philippines. But the seed of her faith came to fruition in Thailand where she was baptised during an Easter Vigil.Thailand, like Japan, is a country where only about one person in two hundred is a Catholic.

May we be aware of the many 'seeds' that the Lord has scattered in our lives, that he nourishes through the Eucharist and that he brings to fruition in the most unexpected ways. 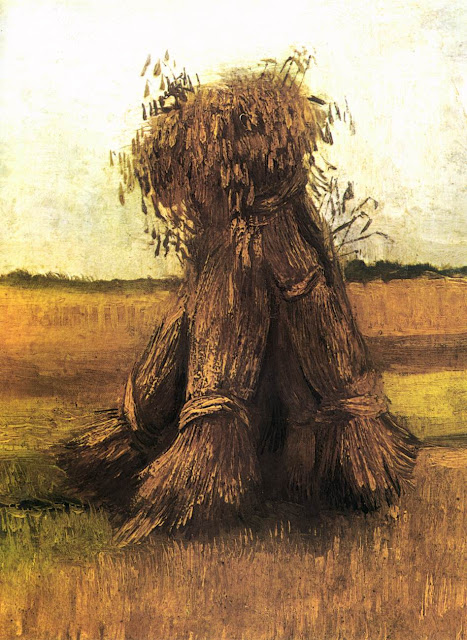 Words written in 1916 by Fr Micheál Ó Síocháin (later Coadjutor Archbishop of Sydney), music by Seán Ó Riada in 1968. This hymn in the Irish language is often sung at weddings and at funerals. Though intended by Ó Riada as an Offertory hymn it is more often sung during or after Communion.

To Christ the Seed

From growth to age, from age to death,
Thy two arms here, O Christ, about us.

From death to end, not end but growth,
in blessed Paradise may we be.
Ag Críost an Síol Micheál Ó Síocháin Seán Ó Riada Sunday Reflections Thomas Kinsella Van Gogh