‘You are my Son, the Beloved; with you I am well pleased.’ Sunday Reflections, The Baptism of the Lord, Year C

Note: In each of the above you will find an alternative First Reading, Responsorial Psalm and Second Reading that may be used in Year C. The Gospel below is always used in Year C.

As the people were filled with expectation, and all were questioning in their hearts concerning John, whether he might be the Messiah,  John answered all of them by saying, ‘I baptize you with water; but one who is more powerful than I is coming; I am not worthy to untie the thong of his sandals. He will baptize you with the Holy Spirit and fire.

Now when all the people were baptized, and when Jesus also had been baptized and was praying, the heaven was opened,  and the Holy Spirit descended upon him in bodily form like a dove. And a voice came from heaven, ‘You are my Son, the Beloved; with you I am well pleased.’ 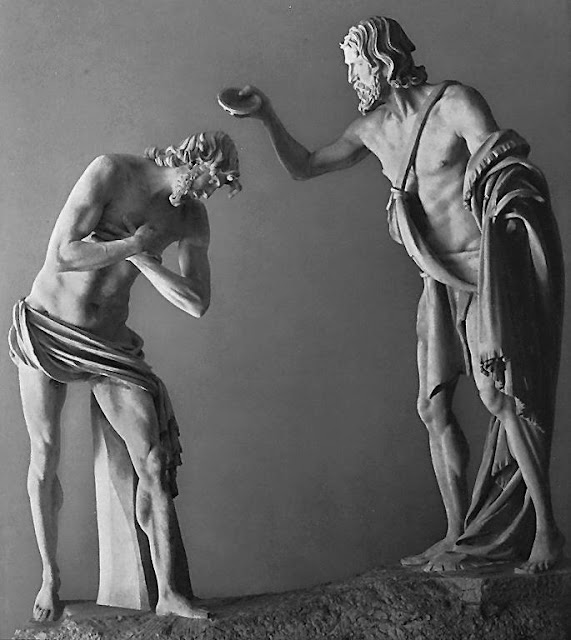 The Baptism of Christ, Francesco Mochi [Web Gallery of Art]

The Holy Spirit descended upon him in bodily form like a dove. And a voice came from heaven, You are my Son, the Beloved; with you I am well pleased.
At our baptism the Father spoke the same words to each of us, his beloved sons and daughters. At Mass last Tuesday these powerful words of St John were read: God’s love was revealed among us in this way: God sent his only Son into the world so that we might live through him. In this is love, not that we loved God but that he loved us and sent his Son to be the atoning sacrifice for our sins (1 John 4:9-10).

At our baptism, as at the baptism of Jesus in the Jordan God's love was revealed among us. What greater assurance can we have of God's love?

In 1984 a young person in Belgium full of anger towards everything connected with religion wrote a letter to an older person, a layman, expressing his feelings. The older man replied, in part:

When I was still a teenager, I discovered that God, in the person of Jesus, loved us and loved me with a love that is foolish, but very real. He suffered the most excruciating torture in order to save us, to save me, to save each one of us personally from the grip of evil, and to enable us to share, if we so will, in his divine life. That, if we accept him, his Father will become our Father, my Father. That Mary, his mother, will also become my mother, our mother.

From that day on my life changed. By that I mean my way of looking at things, because I'm afraid I'm still the same poor chap, with the same faults as before. But my weaknesses don't discourage me any longer: on the contrary, they provide me with a reason for trusting totally in the all-powerful strength of my Father who is also your Father.

The ‘same poor chap’ who wrote that letter was the late King Baudouin of the Belgians who died suddenly in 1993. In it he was taking to heart the words of the First Letter of St John: In this is love, not that we loved God but that he loved us and sent his Son to be the atoning sacrifice for our sins.

And in recognising that he himself is still the same poor chap he is acknowledging that Jesus is not ashamed of him, no more than Jesus was ashamed of the sinners he lined up with to be baptized by John, even if he himself was utterly sinless. 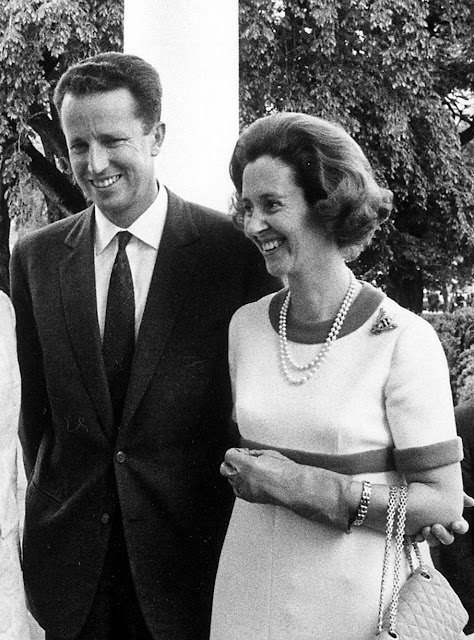 King Baudouin wasn't ashamed of his subjects or of those who came to his country from elsewhere. The London newspaper, The Independent, carried an astonishing story about his funeral (I've highlighted some parts):

A former prostitute paid an emotional homage to King Baudouin at the funeral Mass. One of a handful of people chosen to deliver orations, Luz, a Filipino, praised the King for his fight against the international sex trade. She stood in silence as a writer, Chris de Stoop, read aloud the words she had written. She had met the King when he paid a highly-publicised visit to a brothel in Antwerp, and De Stoop said both the King and Queen had wanted her to address the funeral. This was her homage:

Now my friend passed away, who else can help us? I come from Manila. My family is very poor. I was promised a nice job in Europe. But Belgian men put us in a sex club. Belgian men put us in prostitution. We cried and we refused. But nobody could help us. We were forced. We were treated like slaves. When I could run away, I was arrested by police. I had many problems.

Last year the King came to see us in Antwerp. We were five girls there. We cried again but it was different tears. The King was holding my arm. He listened to me. Only the King listened to us. He was shocked. There are too many victims here. From Manila. From Bangkok. From Santo Domingo. From Budapest. From eastern Europe. All looking for a better life in the West. All pushed into prostitution. The King was fighting against this sex trade. He was standing up for us. He was a real king. I called him my friend. 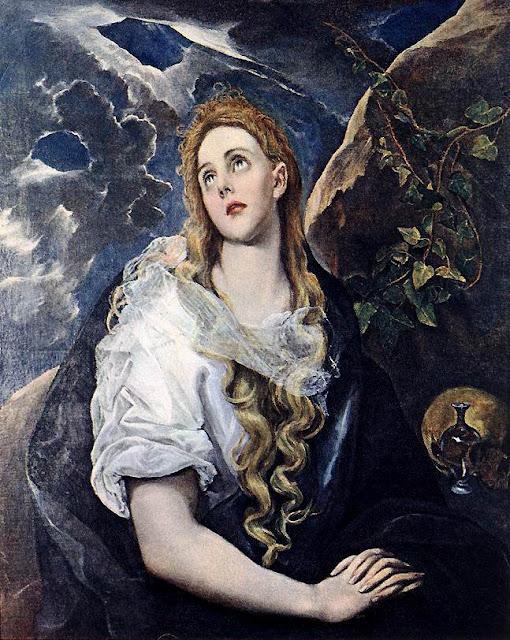 King Baudouin, living his faith in Jesus Christ, brought hope into the lives of people on the margins, the hope that Jesus brought into the world by standing with us sinners in the River Jordan. The King himself had suffered much in his lifetime. His mother, Princess Astrid of Sweden, died in a car accident when he was only five. He, his sister and brother, with their father King Leopold III were under house arrest during World War II and spent part of it in Germany. In 1951 Leopold, a cause of bitter division in Belgium because of his surrender to Nazi Germany in 1940, abdicated and his elder son took over, not yet 21.

In 1960 the young king married Doña Fabiola de Mora y Aragón from Spain. To their great sorrow, they had no children. Queen Fabiola had five miscarriages.

In 1990 King Baudouin asked the government to declare him temporarily unable to reign so that he wouldn't have to sign a bill legalising abortion. The government agreed. The King's stand was one of principle, though he was unable to stop the law coming into force.

King Baudouin went to Mass every day and to confession regularly. The baptism of Jesus by St John the Baptist might spur each of us on to avail of the sacrament of reconciliation often and to us priests to make ourselves available for it. The King would write a 'thought for the day' in his pocket diary, a text from the Mass.

And in that diary, after his death, this prayer was found:

Lord, make us suffer with the suffering of others.
Lord, let us never again keep our happiness to ourselves.
Make us share the agony of all suffering humanity.
And deliver us from ourselves, if that is in accordance with your will. 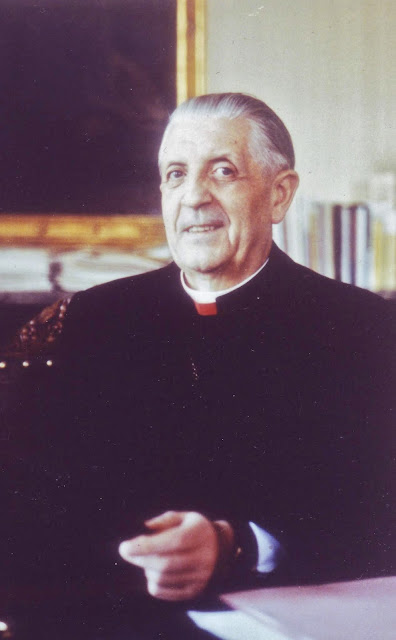 The king’s biographer, Cardinal Suenens, Archbishop of Mechelen-Brussels and close friend of the king, writes that Baudouin once confided to a friend his purpose in being King:

King Baudouin lived out his baptism as a disciple of Jesus, knowing that through baptism he was a brother of Jesus and of the Belgian people he was called to serve. He lived out the sacrament of matrimony by his great love for his wife and queen, Fabiola. He truly believed that Jesus loved him with a deep personal love.

Though none of us is a king or queen, Jesus, the beloved Son of the Father, loves each of us with that same personal love and draws us into the love of his Father as our Father. And we can adapt King Baudouin’s words in expressing his purpose in being king as our purpose in living out our baptism: 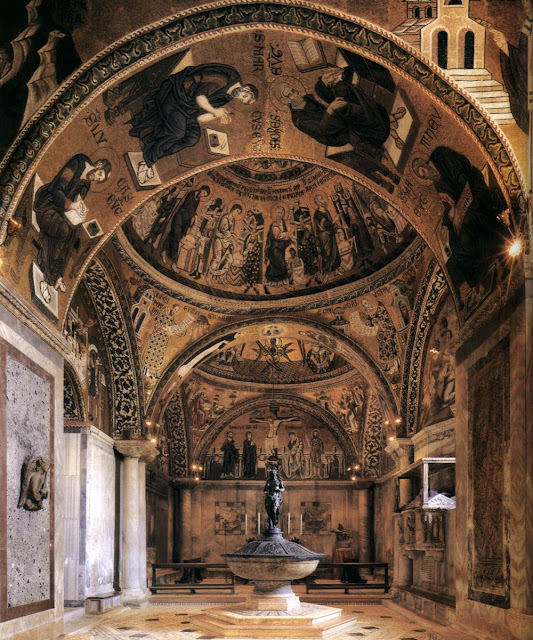 Baptism
By Fr Pádraig Ó Croiligh
My non-poetic, literal translation from the Irish.

When a child cries during Baptism
It is said to be happy.
Is it that the child at that age understands
The connection between the Church and the Crucifixion of Christ?
Or does the child understand the meaning of
Priesthood, kingship and prophecy
When it is anointed on the head?
A white garment, oil and candle,
None more important than the water poured on its head.
And again, a sign that is certain is
The family community gathered around.
The baptismal font that unites the child
With the Body of Christ and the life of the Church.
The influence of the faithful and the wisdom of the community
Bring growth to this new life in Christ.