'Give us this day our daily bread.' Sunday Reflections, 17th Sunday in Ordinary Time, Year C 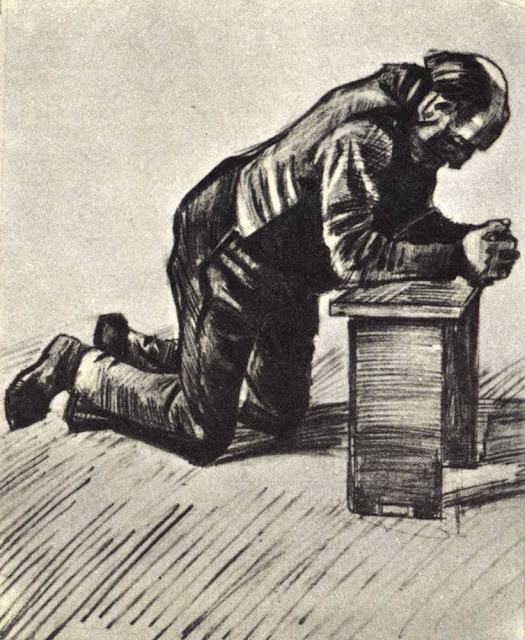 Jesus was praying in a certain place, and after he had finished, one of his disciples said to him, ‘Lord, teach us to pray, as John taught his disciples.’ He said to them, ‘When you pray, say:
Father, hallowed be your name.
Your kingdom come.
Give us each day our daily bread.
And forgive us our sins,
for we ourselves forgive everyone indebted to us.    And do not bring us to the time of trial.’

And he said to them, ‘Suppose one of you has a friend, and you go to him at midnight and say to him, “Friend, lend me three loaves of bread; for a friend of mine has arrived, and I have nothing to set before him.”  And he answers from within, “Do not bother me; the door has already been locked, and my children are with me in bed; I cannot get up and give you anything.” I tell you, even though he will not get up and give him anything because he is his friend, at least because of his persistence he will get up and give him whatever he needs.
‘So I say to you, Ask, and it will be given to you; search, and you will find; knock, and the door will be opened for you. For everyone who asks receives, and everyone who searches finds, and for everyone who knocks, the door will be opened. Is there anyone among you who, if your child asks for a fish, will give a snake instead of a fish? Or if the child asks for an egg, will give a scorpion? If you then, who are evil, know how to give good gifts to your children, how much more will the heavenly Father give the Holy Spirit to those who ask him!’

Fr Patrick Ronan, from County Kilkenny in Ireland, was one of four Columbans jailed in China in 1952 by the Communist authorities for 'subversive activities'. Another Columban, Fr Aedan McGrath, spent nearly three years in solitary confinement in China between 1950 and 1953 because of his involvement in the Legion of Mary. All five were expelled in 1953. 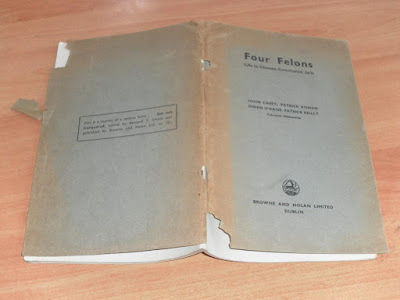 Fr Ronan, known to his fellow Columbans as 'Pops', and his three companions, Frs Owen O'Kane, John Casey and Patrick Reilly, were called Four Felons in a book published in 1958 that told their story. They were in the same prison but in separate cells and were often interrogated in the middle of the night, never knowing when they might be called out.

Unlike his three companions, Father 'Pops' always managed to sleep soundly, no matter how often he was awakened for an interrogation. When the four were eventually released and told to leave the People's Republic he learned why when they arrived in Hong Kong. The woman who had been principal when he was in kindergarten had been praying every day of his captivity for one specific intention: that he would sleep soundly.

The 'Four Felons' have all gone to their reward now. I was blessed to have known two of them in the Philippines, Fr Ronan and Fr Reilly. I happened to be in Ireland when Father 'Pops' died there in 1991 and his great friend and fellow 'felon' Fr Patrick Reilly told us a story at the funeral Mass that reminded us of the power of the very specific prayer of Fr Ronan's former teacher, though from a somewhat humorous angle. The four travelled home by boat from Hong Kong. The other three often had difficulty trying to waken Fr Ronan in the morning and suggested that he contact his friend in Ireland and ask her to stop praying for him!

I am often deeply touched by friends in the Philippines who ask me to pray for some particular intention, very often for a family member who is sick. When that person gets better they make a point of thanking me for my prayers. There's an reminder in this that, like Abraham, I'm called to pray for the people I serve.

And Pope Francis on the evening he first spoke to use as Pope reminded us of the importance of our prayers for him.

I truly believe that it is impossible for God to refuse to listen to prayer that is in harmony with his will. So many of us older people these days have family members and friends who seem to have fallen away from the Church and, in many instances, from the Christian faith itself. There are two things we can do: live as followers of Jesus as intensely as possible, with his grace, and pray that their faith will be renewed.

St John Paul II singing the Our Father in Latin